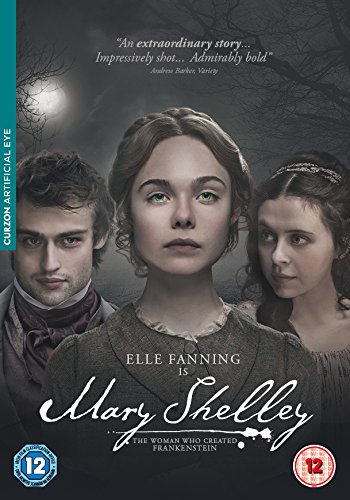 The previous film from Saudi born director Haifaa al-Mansour was Wadjda – a coming of age drama about a 10 year-old girl growing up in the suburbs of Riyadh. So initially she appears an interesting choice to take on a biopic about the life of the 19th century author of Frankenstein and her relationship with her husband, the poet Percy Bysshe Shelley.

But as a female creative working in a rigidly patriarchal society, so al-Mansour has some understanding of what Mary Shelley herself experienced. As the author, Elle Fanning is resolute and determined, even as the men around her – Douglas Booth as her conceited husband, Tom Sturridge as an over-the-top Lord Byron – jostle for competition.

Much of this is played out in Regency drawing rooms across England – Frankenstein was written in Switzerland, though – where al-Mansour and first-time writer Emma Jensen evidently relish their authors’ buckish banter.