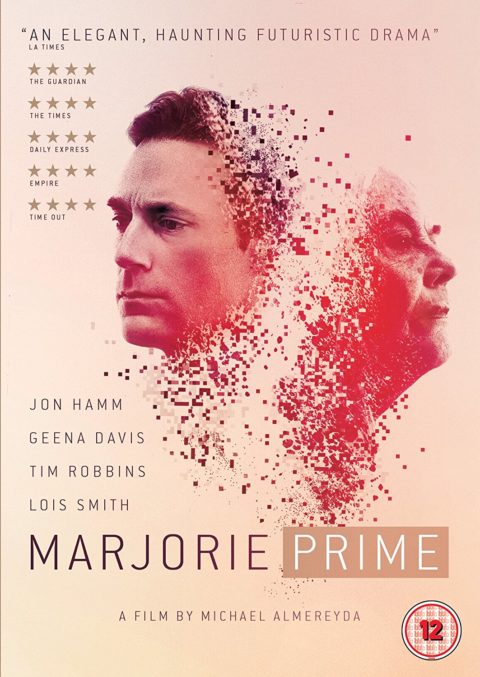 This is a science-fiction chamber piece, set in the near future, where a service allows people to generate a hologram of a deceased person – a Prime. This is how we meet Marjorie (Lois Smith), who has chosen to resurrect in a 3D facsimile, her late husband Walter (Jon Hamm). It might seem a ghoulish business to Marjorie’s daughter Tess (Geena Davis), but it brings Marjorie some joy in her ailing, final years. Meanwhile, Tess’ husband Jon (Tim Robbins) feeds Walter memories and observations to help build his character.

Game appearances in Black Mirror or Toast Of London aside, Hamm has long struggled to find a shape to his career post-Mad Men. He is excellent here, though, as the curious, empathic hologram. Robbins and Davis are both terrific – John has a lugubrious, hangdog charm that balances with the more sorrowful Tess. But the film belongs to 86-year old Lois Smith, borne back ceaselessly into the past on a wave of faded, unreliable memories.