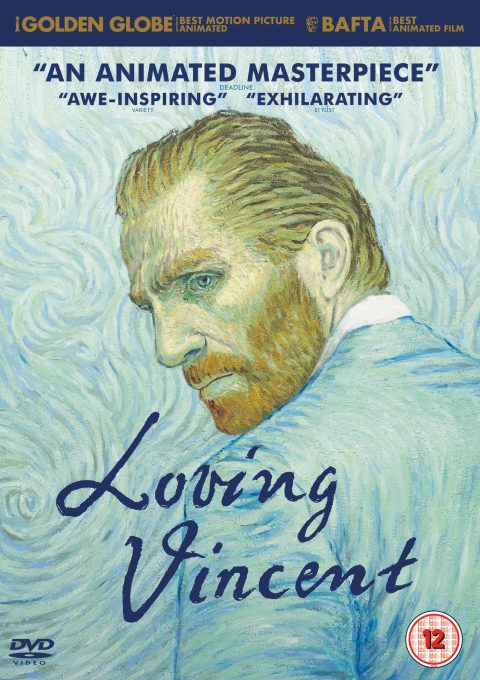 Vincent Van Gogh, of course, has been the subject of biographical pictures before: most famously, Kirk Douglas in Lust For Life while more recently Maurice Pialat and Tim Roth have played him on the big screen. He even cropped up in an episode of Doctor Who, played by Tony Curran. None of these versions, however, are quite as visually arresting as this.

Directors Hugh Welchman and Dorota Kobiela have used a technique similar to the rotoscoping process pioneered by Richard Linklater in Waking Life and A Scanner Darkly, whereby the film is shot via traditional methods and then painted over, effectively converting a live action product into something resembling an animated Van Gogh painting. This process by which 65,000 frames were hand-painted took six years; a remarkable undertaking, by any standards. The result is immersive & dreamlike.

The story is set in 1891, the year after the artist’s death. A family friend, Armand Roulin (Douglas Booth) has been sent by his father Joseph (Chris O’Dowd) to deliver a letter to Vincent’s brother Theo as a pretext of discerning the artist’s state of mind when he died. The script is informed by a 2011 biography by Steven Naifeh and Gregory White, which entertained the possibility that Van Gogh didn’t commit suicide but was in fact shot by a 16 year-old boy, René Secrétan, in Auvers-sur-Oise, where the artist spent his final years.

So, for all the film’s luxurious and unique palette, this is essentially an earthier tale involving, potentially, accidental murder. The psychology is rudimentary, but the point is to surrender to the visuals – and to the novelty of seeing the likes of Aidan Turner, Saoirse Ronan or Helen McCrory converted into moving art.