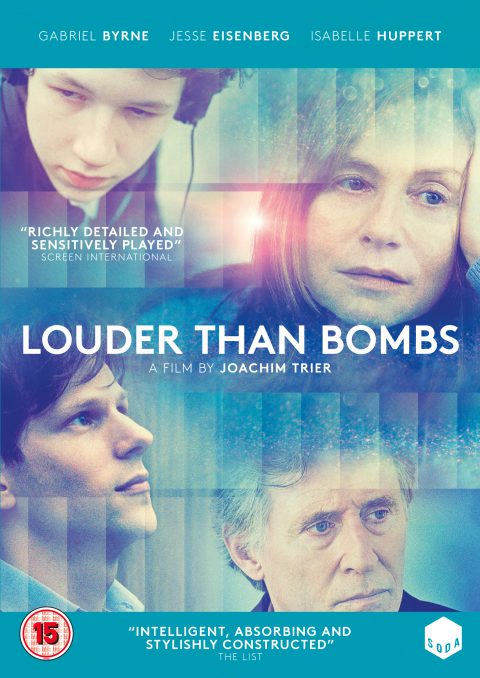 Despite its title – taken from Elizabeth Smart via The Smiths – the first English-language feature from Norwegian director Joachim Trier is a quiet and contemplative tone piece, its shocks subterranean.

Isabelle Huppert plays a photojournalist whose work is to be posthumously exhibited following her death in a crash. In flashback, we see her interact with her widower Gene (Gabriel Byrne, at peak moodiness) and two sons, Jonah (Jesse Eisenberg) and Conrad (Devin Druid); in the present day, we are not entirely unsurprised to learn that none of her surviving family members are coping too well with her loss. “You’re not going to shoot up a school, are you?” Jonah asks his younger sibling, who has all but withdrawn to his room. Themes of grief and regret are powerfully, but subtly delineated. The cast are largely superb, in particular Huppert who dominates this ruminative and muted film, even from beyond the grave.