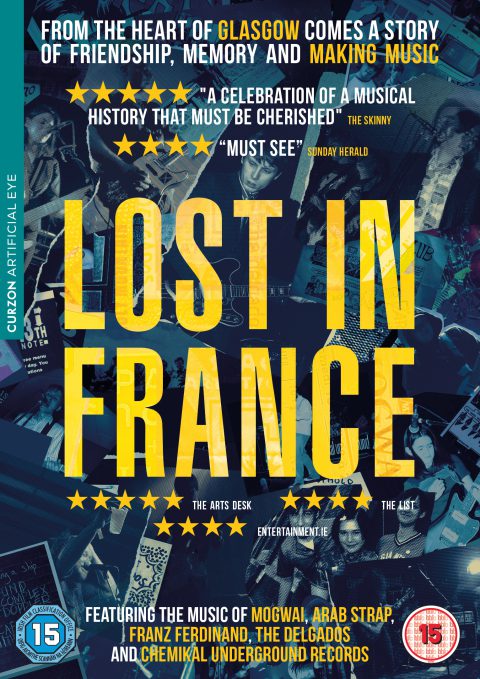 In 1997, a group of musicians from Glasgow travelled to Mauron, France to play a festival. 18 years later, they have returned – with a film crew in tow. That these musicians include members of Franz Ferdinand, Mogwai, Arab Strap and the Delgados means that we’re in for some wide-ranging chatter as well as strong tunes. “Is this us peering back to the past or gazing hopefully into the future?” asks the Delgados’ Stewart Henderson.

Niall McCann’s film offers a number of narrative strands. On one hand, it is a historical piece about the social and cultural backdrop that gave rise to the Chemikal Underground label and associated bands. On another, it is a Proustian reverie as these musicians tug their luggage round sites in present day northwest France, revisiting hazy memories. But perhaps most thrillingly, it is an archival reconstruction of the trip itself from Glasgow to Mauron, assembled through archive footage, photographs and fresh interviews.