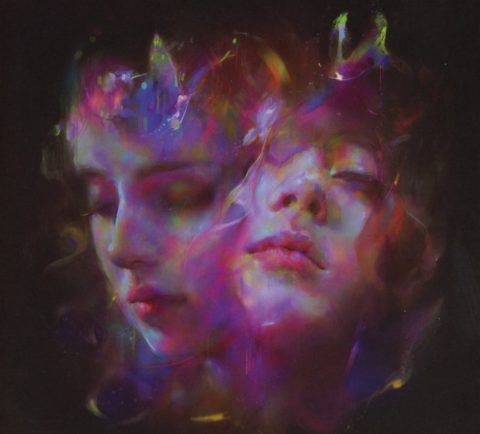 When Rosa Walton and Jenny Hollingworth appeared with their debut album I, Gemini in 2016, they were a thrilling oddity: two teenage doppelgangers making kaleidoscopically weird music and playing pattercake-pattercake onstage. Their songs, such as Deep Six Textbook and Rapunzel, were strong, but there was always a risk that the quirkiness could overwhelm them.

Happily, their second album reduces the weirdness while still letting the band members’ personalities shine through. With Faris Badwan of The Horrors and Welsh acid-techno artist David Wrench helping out on production, there’s more of a techno feel, with the hard beats and icy synths perfectly off-setting Walton and Hollingworth’s more outré tendencies. It’s Just Not Me, then, is a rave-pop banger with lyrics involving vibrating screens and peanut butter bagels, while Falling Into Me begins as a stately synth ballad before ascending into a blissful, Balearic gallop. Ava, meanwhile, is a sorrowful piano ballad underpinned by the sound of a flickering fire.

Instrumentals are strewn throughout the record too, with the opening Whitewater a synth pulser with sawing viola or cello, something like Patrick Wolf soundtracking Blade Runner; later, The Cat’s Pyjamas pairs a minute of organ doodling with the sound of a purring feline, disturbingly close-mic’ed.

Let’s Eat Grandma keep the best for last, though, with Donnie Darko, an 11-minute odyssey that moves from plaintive keys and electric guitar into full-on ’80s slow-disco. There’s quirkiness, sure, but like, say, Gruff Rhys, it’s mixed with heart-tearing emotion for a bittersweet punch. By the song’s end, the pair are left alone with an electric piano: “But I, I couldn’t find my receipt/I saw you in the Yellow Pages,” they sing. Whether they’re talking about the death of a relationship, or a run-in with a dodgy plumber, it hardly matters.