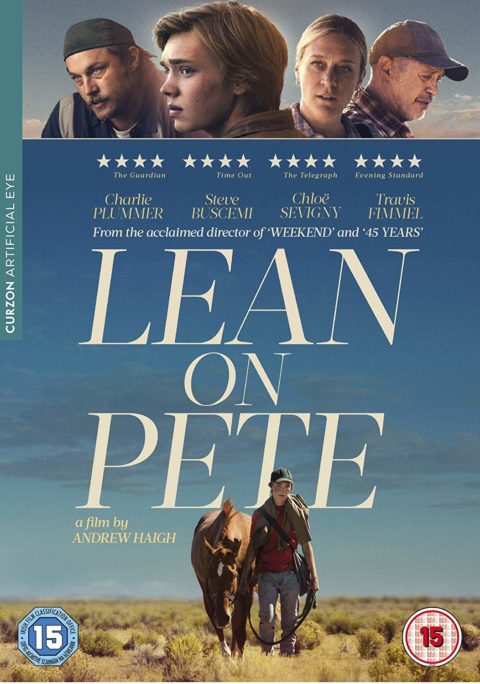 Willy Vlautin first came to our attention as the singer, guitarist and songwriter of Richmond Fontaine, one of the best bands to emerge from the Americana boom during the mid-Nineties. Vlautin continues to make music in the Delines – but he has also run a parallel career as a novelist. His first novel, 2006’s The Motel Life, was made into a film starring Stephen Dorff and Emile Hersch as two brothers on the run. It was classic Americana songs written on the page and then turned into a movie: characters lead a peripatetic existence, there is drink & something terrible happens.

Lean On Pete is Vlautin’s third novel, and his writing has blossomed in unexpected directions. The story follows a 15 year-old boy, Charley Thompson, who is fond of an ageing racehorse, Lean On Pete; learning the horse is soon destined for slaughter, Charley takes the horse, headed for Wyoming where he hopes to find his aunt. Along the way, Vlautin evokes Steinberg, Twain and Shepard.

Adapted by British writer-director Andrew Haigh, Lean On Pete is a sympathetic but resolutely un-Disnified coming of age story about a boy and his horse. As Charley, Charlie Plummer is a lanky, introverted loner whose bond with Lean On Pete runs deep. It is a difficult performance to pull off – but Plummer has intuitive, nuanced qualities that prevail. He receives staunch support, too, from several veterans of this kind of low-key character picture: there is Steve Buscemi as Lean On Pete’s trainer and Steve Zahn as a drunken drifter. Fans of Vikings will spot Travis Fimmel as Charley’s distant father. The journey to Wyoming is beautifully filmed and there is great sensitivity and intelligence in the telling of the tale – as much a verite detailing of American life right now as it is a yarn about a boy and a horse.