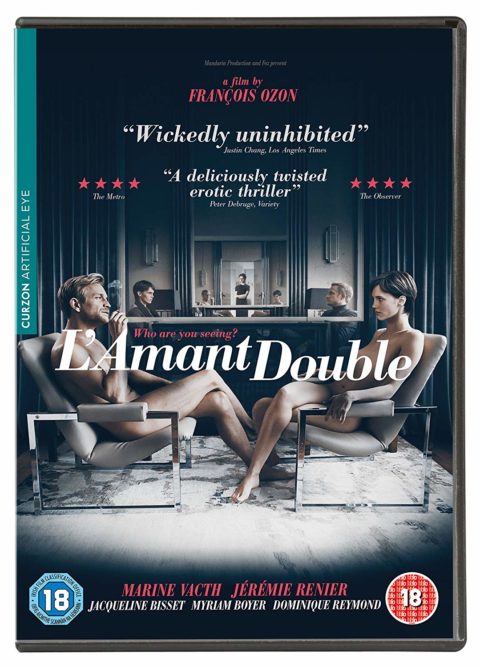 Based on Joyce Carol Oates’ Lives Of The Twins, Francois Ozon’s latest follows a 25 year-old ex model, Chloe (Marine Vacth, star of Ozon’s 2013 Young & Beautiful), with anxiety issues which manifest themselves as stomach cramps. She is recommended a therapist which is how she meets Paul Meyer (Jérémie Renier) – tweedy but sympathetic – with whom she begins a relationship. But Paul has a twin, Louis (Renier again), who he refuses to talk about – a much darker soul, with whom Chloe begins an aggressive sexual relationship. Soon Chloe is digging deeper into the mysterious estrangement between the twins – who are they and what are their secrets?

The obvious comparison is Dead Ringers – David Cronenberg’s creepy thriller featuring Jeremy Irons as twin gynaecologists in sexual competition with one another. But Ozon’s film is camper, if less twisted. By the time we get to Jacqueline Bisset for third act revelations, Ozon has gone full Brian De Palma: just who is the catatonic girl hidden away in the upstairs back bedroom?