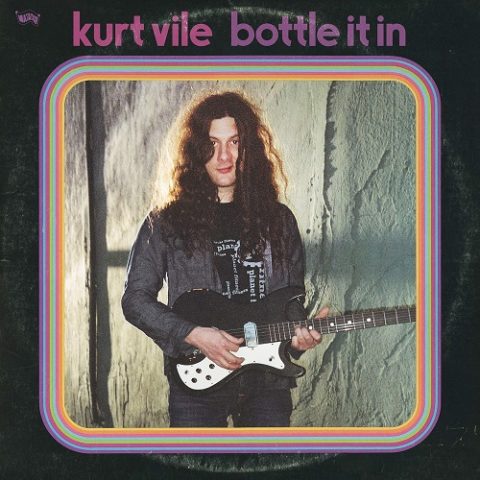 You certainly get value for money with Kurt Vile – this, his seventh solo album, is almost 79 minutes long. Not that the sheer volume of music is the only plus to Bottle It In, of course: across 13 songs, the listener discovers the Philadelphia singer-songwriter at his most relaxed and intuitive.

On his last record, 2015’s B’lieve I’m Goin Down, Vile experimented with working in different studios, and Bottle It In was similarly constructed in casual sessions during or after tours. The results find him relaxing – more than usual, even – and expanding his songs. Tracks like Bassackwards, then, an acoustic folk song, are daubed with metronomic drums, harp and layers of backwards electric guitar, to create a hallucinatory, hypnotic feel, as if you’re “buried deep in the psyche of [Vile’s] soul”, as he puts it in the song.

The 10-minute title track is similar, with the same chord sequence circling over a gritty drum sample as ambient elements slowly coalesce. It often seems as if Vile is making the songs up as he goes along, which, rather than being undercooked, gives tracks like the gauzy Cold Was The Wind a gorgeous, organic feel – pure inspiration, pumped into the ears of the listener.

Opener Loading Zones, the serene Rollin With The Flow and One Trick Ponies, the latter of which would have fit well on Lotta Sea Lice, Vile’s 2017 LP with Courtney Barnett, are as succinct as Bottle It In gets, but after a few listens they’re revealed as the least interesting tracks. On the contrary, when this record really blossoms is on those epic ruminations, where textures change so slowly that it feels as if nothing’s changing, just rolling by in a sleepy kind of bliss.