kubo and the two strings 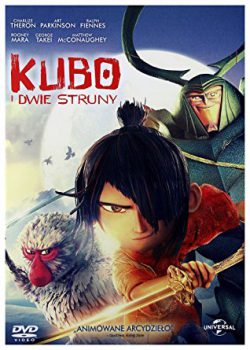 Laika Studios – an animation house – have built a curiously absorbing pedigree during their 11-year history. Their first film, Coraline, adapted from Neil Gaiman’s children’s book, was an enjoyably creepy fantasia involving the machinations of a child’s mirror parents from an alternative universe – and since then, they have privileged similarly offbeat fare. ParaNorman, about a boy who talks to the dead, and The Boxtrolls – a grungy adaptation of Alan Snow’s Here Be Monsters! that relished its peculiar brand of carnivalesque strangeness.

Kubo And The Two Strings is Laika’s latest and continues the studio’s interest in quirkier projects. The setting is ancient Japan, which inevitably pits them up against the work done by Studio Ghibli – although Kubo… is a stop motion project like all Laika’s films, it nevertheless shares something of Ghibli’s qualities. The enchanted universe aspect, perhaps, through which a young protagonist progresses on a perilous quest. In this instance, Kubo (Art Parkinson, best known as Rickon Stark in Game Of Thrones) is a one-eyed boy who lives with his mother (voiced by Charlize Theron) in a mountain cave. It transpires, he is the grandson of the Moon King, but his mother abandoned the spirit realms when she fell in love with a samurai warrior. A quest is embarked upon, on which Kubo is accompanied by a talking monkey (Theron again) and a samurai who has been transformed into a beetle (Matthew McConaughey).

What follows is beautifully rendered with Laika’s typically intricate and developed artisanal flair. Director Travis Knight – a former rapper and the son of Nike founder Phil Knight – makes his debut here after working assiduously through the ranks on Laika’s previous projects. His strong grasp of stop motion techniques and his foregrounding of mood and character is commendable. A lovely and enthralling film.