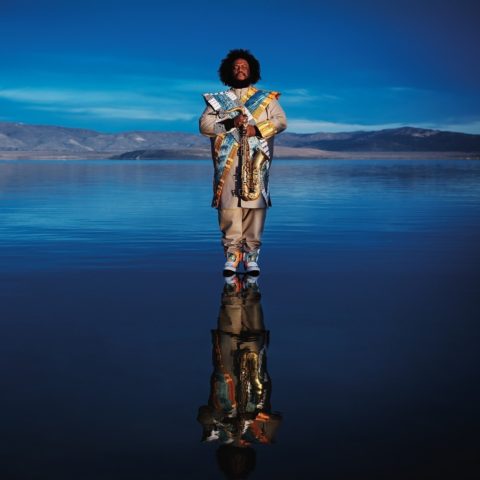 While some artists are cutting their songs’ intros to make them more immediate on Spotify, Kamasi Washington is stretching out. His debut album, 2015’s The Epic, was a double, and here, on his second proper full-length release, he soars up to the two-and-a-half-hour mark.

For a concept album mixing Washington’s perception of the world (‘Earth’) with his inner life (‘Heaven’), things start off relatively accessibly: Fists Of Fury updates the famed kung fu theme, with Washington and his band soloing over a Latin-tinged beat, before a shimmying take on Freddie Hubbard’s Hub-Tones picks up the energy even more.

The range on show here is immense: The Invincible Youth, featuring Thundercat, strays into free jazz territory, while The Space Travelers Lullaby almost visits Disneyland with its modulating chord changes, sweeping strings and massed Hollywood choir. The choir pop up often, even on the funk of Street Fighter Mas; it can get a bit much, the richness in danger of sending the listener in search of blander musical roughage, but the Clavinet-led Testify, with its sultry lead vocal from Patrice Quinn, is understated and ultimately more charming.

When Washington hits his stride, there are few who can match him for ambition and breadth. Can You Hear Him begins softly, with Pharoah Sanders-like percussive clatters, before it spirals into a fusion section led by a virtuosic synth solo from Brandon Coleman; a few minutes later, Washington’s sax is fed thrillingly through an echo effect.

If there’s a sense that Washington packs too much into Heaven And Earth, then the flipside of that is that someone of his obvious talents probably needs this much room to encompass everything they want to do. You may need to do a little digging, but the moments of brilliance on offer here are worth the effort.