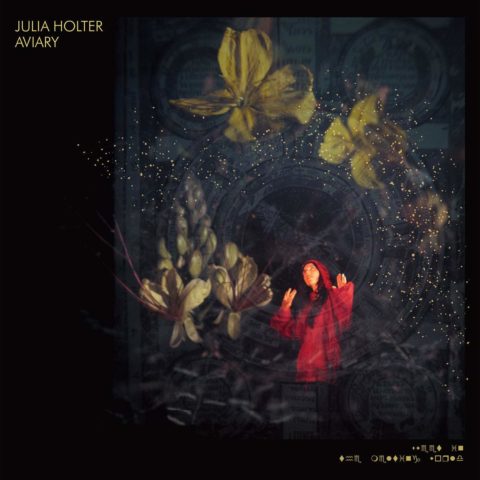 Julia Holter’s last album, 2015’s Have You In My Wilderness, diluted her experimental sound with more conventional song structures, to great effect; at heart, though, she’s an avant-garde musician, more Xenakis than Warren Zevon, and this, her follow-up, is a much thornier proposition.

For a start, Aviary is long – 80 minutes or so – and its songs pack in such a range of sounds and styles. One minute, you’re being assaulted with medieval instruments, then stunned by synthy organ tones, and then lost in a new age ambience on Another Dream. It all starts with a flicker of harp, and then we’re off into the cacophonous free-jazz opener, Turn The Light On; soon there’s dub-jazz on Chaitius and gorgeous saxophone on Voce Simul. Some beautiful melodies are woven into these pieces, but often fragmented within awkward arrangements – and discord is never far away, as on the difficult Everyday Is An Emergency.

Aviary is a serious work, there’s no doubt, but there are still lighter moments throughout some of its 15 tracks. I Shall Love 1, with its martial drumming and pageantry trumpet, is like Pet Sounds played on the moon, while Les Jeux To You erupts into a glam-rock stomp as it reaches its end.

On first listen (or second, or third), the record can be a tough listen, but stick with it and it opens out into a fascinating landscape where the free mingles with the composed, and the pretty with the ugly, in a way you might not have experienced before. After 14 songs, it all ends on a blissful note with the closing Why Sad Song. If Holter thought she was showing you her wilderness three years ago, then it was a feint – it’s actually on Aviary that she’s letting you in on uncharted territories.