have you in my wilderness 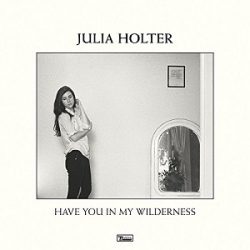 Julia Holter – Have You In My Wilderness

Pick up the record in-store from 25th September.