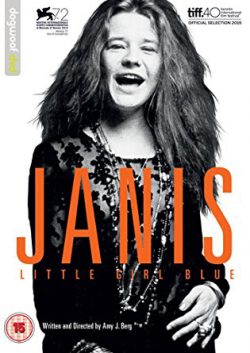 Janis Joplin has been poorly served by the movies. There have been several failed attempts at biopics, involving Renée Zellweger, Pink, Zooey Deschanel, Brittany Murphy and Amy Adams, and only one substantial documentary – 1974’s Janis – until now, that is.

Amy Berg’s splendid film is as much a celebration of Joplin’s music as it is a depiction of a freer, looser time and Joplin’s place within that environment. The singer’s insecurities – stemming from her troubled childhood – were amplified as her success increased. Hard drugs were readily available and used casually. “We would get together and do heroin in these peoples’ rooms and just kind of, not nod off or go to sleep, but have really nice, mellow conversations,” recalls Big Brother And The Holding Company guitarist Sam Andrew. Berg’s strongest suit is the singer’s private correspondence she wrote to her family, which acts as the film’s narration, read in voiceover by Chan Marshall.