Joy As An Act of Resistance 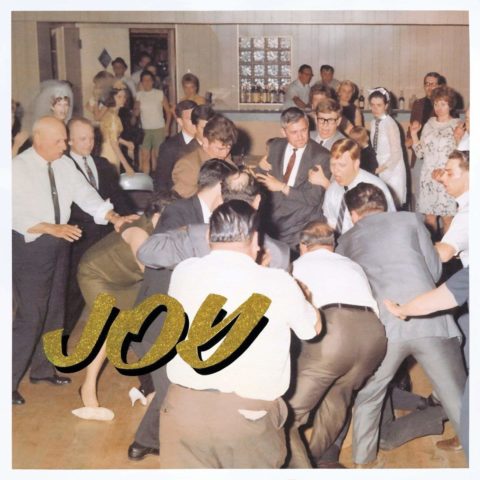 Bristol has surfaced as a post-punk/noise-rock Babylon in recent years, with Spectres, Lice and Idles all crafting strong, uncompromising records recently. Idles’ debut, last year’s Brutalism, was especially raging and angry, and, inspired by vocalist Joe Talbot’s grief over the death of his mother, a supremely powerful listen.

The band’s swift follow-up is inspired in part by a very different, but no less painful event: the passing of Talbot’s daughter. Such trauma and sadness, however, has inspired the singer and his group, as the album title suggests, to find every scrap of solace in the storm.

Colossus opens the album with a repeated, monotonous fuzz bassline and simple percussion – very Swans – with Talbot taking on problem drinking and the weight of a father’s legacy in his lyrics: “I am my father’s son,” he chants, “his shadow weighs a ton.” Much of Joy As An Act Of Resistance is even faster and fiercer, though, such as the first single, the Oi!-inspired Danny Nedelko, and the hardcore motorik of Television. “I’m sorry your grandad’s dead… ah, lovely spread,” sings Talbot on the Fall rampage of Gram Rock, imagining attending a wake, before guitarists Mark Bowen and Lee Kiernan power the song to a cacophonous Sonic Youth-style ending.

Across all of Joy As An Act Of Resistance, Idles have created something touching, uplifting and euphoric from some of life’s worst experiences. There’s no sense of cool detachment here, no hanging back emotionally – Joe Talbot especially is right there in the middle of the detritus and pain of existence, showing us the pearls he’s found in the mud. While Brutalism was strong, with Joy… Idles have proved themselves to be one of the most important groups around today.