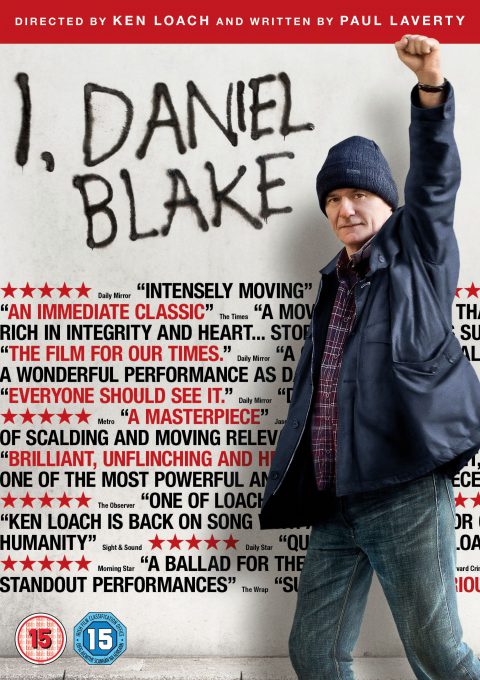 Ken Loach has produced much of his best work during periods of national affluence – the Sixties (Poor Cow, Up The Junction, Cathy Come Home) and the Nineties (Raining Stones, Land And Freedom). What, then, will Loach – a long-serving champion of social justice – make of Austerity Britain?

A lot, as it happens; I, Daniel Blake finds plenty to be angry about as his titular hero struggling to make his way through the welfare state. Blake (Dave Johns) is a Newcastle joiner in late middle age who is recovering from a heart attack; advised by his doctor that he is not yet fit for work, he is obliged to sign on.

Alas, computer says no – and Blake finds himself in a Kafkaesque world of box ticking bureaucracy where he is forced to apply for jobs he can’t take in order to qualify for support. In scenes that are blackly funny, Blake finds himself on the phone with a “health care professional” who will refer his case to a “decision maker”: faceless Orwellian bureaucrats whose jobs are defined by the ticking of appropriate boxes. It makes for grim, all too believable viewing. And considering that during their recent campaign in a by-election in Copeland, Cumbria, the Converatives made no secret of their plans to cut services at West Cumberland Hospital – and then won the seat – one can only assume more people will soon be experiencing the kind of treatment meted out to Blake.

During one soul-destroying trip to a Job Centre, he meets Katie (Hayley Squires), a single mother who is struggling to make ends meet. His grandfatherly relationship with her children provides the warm, emotional core of the story; but also sets in motion another series of typically grim events, culminating in a heart-wrenching sequence in a food bank. More than ever, it seems, we need filmmakers like Loach.