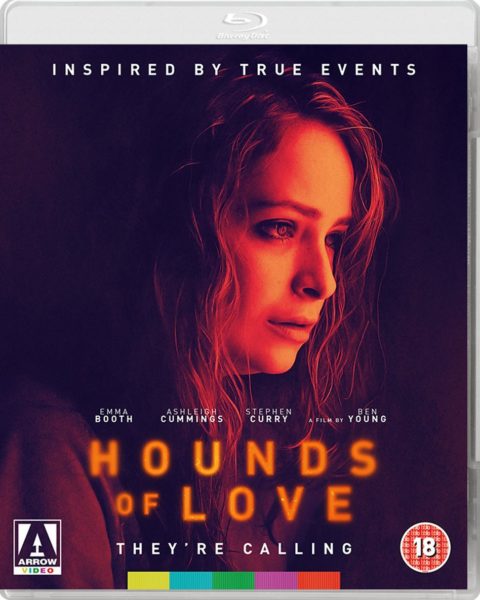 Australian horror movies are a curious mix of all-comers. The granddaddy, of course, is Picnic At Hanging Rock, Peter Weir’s extraordinary film from 1975 about the disappearance of a party of schoolgirls. Nick Cave’s 1988 prison drama Ghosts… Of The Civil Dead is, to an extent, a horror film – it’s certainly horrific –although perhaps certain audiences would prefer their shocks along more traditional lines like 2014’s Wolf Creek. Directed by Greg McLean, Wolf Creek relished in classic horror tropes – innocents abroad in a remote landscape being hunted by a sadistic killer.

Written and directed by first timer Ben Young, Hounds Of Love adapts a more psychological approach to its subject. Set in the 1980s, it focuses on a couple who kidnap and terrorise a young woman in the Perth suburbs. This is Vicki (Ashleigh Cummings), who sneaks out at night to a party, and is abducted by Evelyn (Emma Booth) and John White (Stephen Curry). They are, of course, serial nasties and Vicki tries to survive by turning Evelyn against her monstrous partner.

Like Daniel Henshall – who played a serial killer in the 2011 Australian film Snowtown – Curry is a comedian attempting to essay the change into straight roles. In his capable hands, White is very much an ordinary monster – the banality of evil personified. Cummings and Booth, meanwhile, fare well in a genre that is not historically known for well-written female characters. Cummings, particularly, delivers a strong performance as she attempts to play Evelyn off against her husband and work that to her advantage.

Running to a tight 108 minutes, Young’s film manages to say a lot. It artfully morphs from horror to character study and back to horror again, working hard to stand out in a busy market place where horror films are at risk – dare we say – of cannibalising themselves.