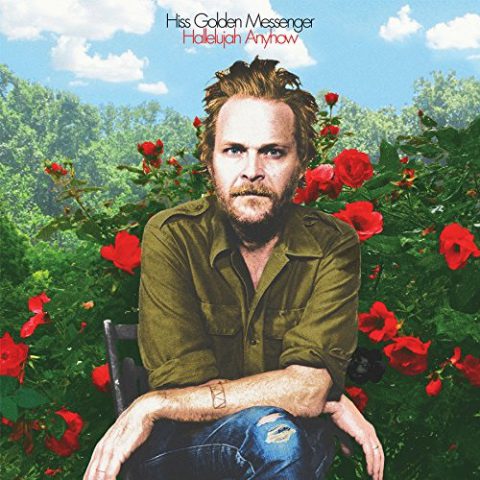 The rise of MC Taylor has been a classic one, with the LA-born, North Carolina-dwelling songwriter picking up devoted fans along the way as he gradually develops his sound. Last year’s Heart Like A Levee, his sixth album as Hiss Golden Messenger, found Taylor moving into a more spacious, relaxed groove, a little country funk, a little Celtic soul.

Recorded and released in record time, this 10-track follow-up is snappier and more indebted to classic rock than Americana or country – Jenny Of The Roses and I Am The Song recall the heartland pop of Tom Petty circa Wildflowers, with Taylor marshalling acoustic guitars, interlocking electrics and piano behind a solid beat. Domino (Time Will Tell) has a Stonesy swagger, with Taylor singing of travelling from “Memphis from Mobile”, over sumptuous, gospel-inspired backing vocals from Tift Merritt, Mac McCaughan, John Paul White and more.

The process of tracking Hallelujah Anyhow has imbued these 10 songs with a spontaneity and liveliness that has sometimes been lacking in Hiss albums: second track Lost Out In The Darkness is the most accessible and joyful cut the collective have ever released, a pounding tapestry of melody, with harmonica, piano and assorted guitars conjuring up the propulsive frontier spirit of Hendrix’s version of All Along The Watchtower.

Hallelujah Anyhow finds room for more classically Hiss moments, of course, with Caledonia, My Love a bluegrass-tinged waltz of desire: “Won’t you come to me?/Twelve pieces of silver/And gold in your teeth…” When The Wall Comes Down is a stately R&B ballad, with sublime slide guitar and a refrain that pretty much sums up the uplifting message of much of Taylor’s music: “Ah, step back, Jack, from the darkness/But while I’m here I’m gonna sing just like a songbird…”