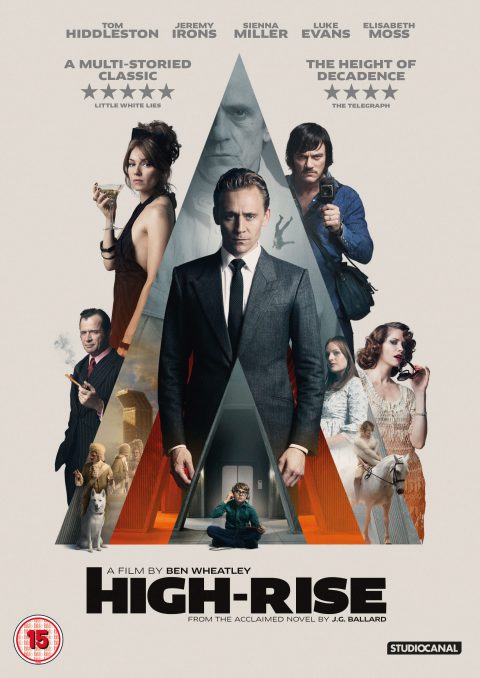 Ben Wheatley’s adaptation of JG Ballard’s celebrated sci-fi novel takes place in a newly-built tower block whose occupants succumb to a collective breakdown when the building’s systems begin to fail.

At its centre is a dry, self-possessed performance from Tom Hiddleston as Robert Laing, the young surgeon who moves into a bachelor flat in the block and coolly observes the film’s events. Around him orbit, Luke Evans’ documentary maker Richard Wilder who responds viscerally to the building-wide mayhem. As the building’s architect Anthony Royal, Jeremy Irons is at his most Jeremy Irons – inscrutable, implacable. Sienna Miller, as Laing’s free-spirited neighbour, is one of the few characters who seem able to navigate the twisting psychological landscape inside the tower. Elsewhere, James Purefroy and Reece Shearsmith deliver grotesque comic performances. Portishead’s stately cover of ABBA’s “S.O.S” soundtracks a montage of freewheeling chaos. Wheatley may lack Ballard’s satirical edge – but his devilish glee is infectious.