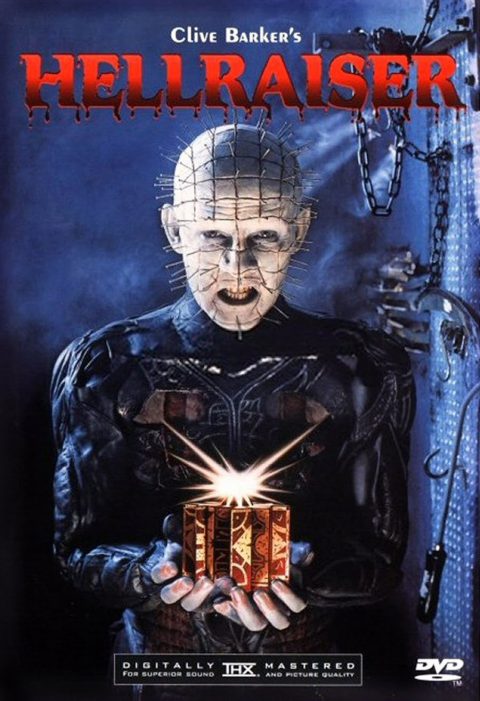 The history of British horror films are littered with genuinely eccentric entries: The Wicker Man, Blood On Satan’s Claw, A Field In England. But traditionally, these are all grotesque spins on established folkloric traditions: where something untoward rustles in the hedgerow. It’s hard to find a stranger, more quintessentially suburban English horror film than Clive Barker’s Hellraiser. After all, where else would a house in Dollis Hill double as a gateway to Hell?

The film is essentially a weird piece of sadomasochistic heavy metal that begins in Morocco, where Frank Cotton (Sean Chapman) buys a puzzle box that, once solved, opens a portal to another realm; wherein reside a number of ghastly species of demonic sensualists, the Cenobites. Pain is their game, and back in Dollis Hill they are keen to exact revenge on Cotton, who has escaped their dimension and been resurrected, where he is coercing his sister-in-law to murder men to harvest their blood for his own purposes. And so it goes.

In fact, Hellraiser is a superb, intoxicatingly mad film; the Cenobites alone, with their strange mutilations, are among cinema’s great horror creations. The unpleasant convolutions of plot Barker throws at his unwitting protagonists – largely Cotton’s niece, Kirsty (Ashley Laurence) – are unrelenting. That there have now been 10 Hellraiser films, many of them straight to video, has in no way diminished the power of Barker’s original. What’s your pleasure, indeed.