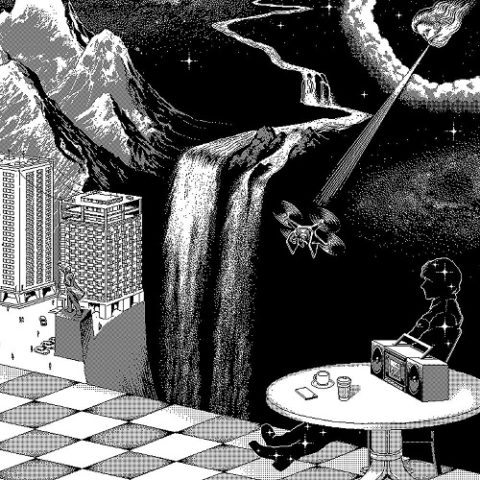 Each album that Super Furry Animals’ frontman has made under his own name has been more ambitious than the last – from the lo-fi one-man-band of 2005’s Yr Atal Genhedlaeth to the lusher Candylion, the sophisticated Hotel Shampoo and 2013’s multi-discipline concept project American Interior. Rhys’ fifth solo album, Babelsberg, continues this trajectory, but at the same time it’s also his most contemporary effort to date.

In sound, it’s a monster, featuring the 72-piece BBC National Orchestra Of Wales on every track. The results are sumptuous and syrupy in a classic Lee Hazlewood vibe, from the sweeping Glen Campbell canter of Frontier Man to the more playful melodies of Take That Call. Behind the orchestra, each track is grounded in bass, drums, piano and acoustic guitar, with an occasional squiggle of Rhys’ fuzztoned guitar peeking out from the mush, as on the excellent Limited Edition Heart.

However, in the songs themselves, Rhys steps back from the historical concepts and storytelling conceits of some of his previous work and instead writes more diaristic, broader songs about ageing (Frontier Man, The Club), technology (Drones In The City) and the political upheavals of the last few years. That latter thread is most obvious in Architecture Of Amnesia, a swirling masterpiece which pairs a Scott Walker-esque verse with a harder-hitting chorus reminiscent of SFA at their most imperial; aided by cinematic strings and woodwind, Rhys takes on the liars and charlatans of the post-truth world like some right-on union of Bob Dylan and Adam Curtis: “And they built a wall/Switched on search lights at the brim/And invented their pariah, at which everyone was shouting.”

Perhaps Rhys’ most accessible solo work to date, Babelsberg is a unique tour de force, using the textures of the past to reflect the turmoil of today.