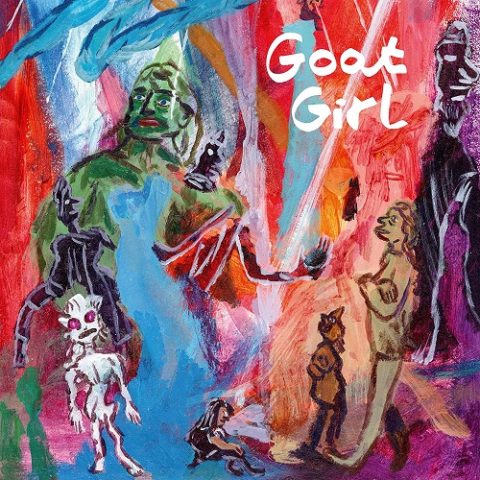 We’re a long way from the indie landfill now: today, most of the guitar bands being hyped are unique, uncompromising and gloriously out-there. Goat Girl, a young quartet from London, are one such group, and their debut album is a thrilling, edgy effort that’s likely to stand with the finest of this year.

Their vibe is basically dour post-punk, but splashed with gothy influences and the odd, swinging country rhythm. Like The Coral in their early days, though, the breadth of their imagination outweighs any obvious influences they channel; Goat Girl are willing to try anything, spinning between 19 songs in just 40 minutes.

The record begins with Salty Sounds, a minute of clunky clockwork piano reminiscent of Swell Maps, before Burn The Stake and Creep (“on the train with his dirty trouser stain”) introduce their spidery sound, tendrils of Banshees guitar exploring the space while vocalist Lottie croons darkly like some unholy mix of Nick Cave and PJ Harvey. Viper Fish, one of the finest – and, at 3:51, the longest – cuts here, boasts a percussion-heavy stomp that recalls mid-’80s Fall, and some unexpected riffs that even hint at Arctic Monkeys’ later work.

Best of all, Goat Girl are not afraid to surprise: there are hints of The Slits in the reggae lilt of The Man, but the song speeds up until it recalls the gonzo middle section of Blur’s Sunday Sunday. The excellent Cracker Drool, meanwhile, starts off like The Coral’s Dreaming Of You, but then distorts that reference like a fairground mirror; a couple of minutes later, the song closes with a hip-swinging Bakersfield coda.

There’s a lot to take in here, but it feels dangerous, exciting and powerfully executed; harnessing the angles of post-punk with their own brand of weirdness, Goat Girl’s debut more than justifies any hype.