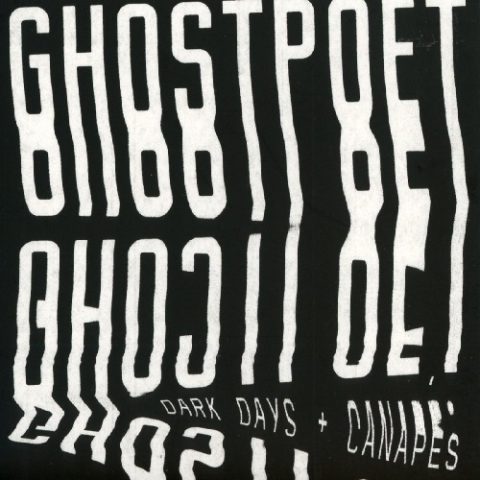 Obaro Ejimiwe, the 34-year-old artist known as Ghostpoet, has been nominated twice for the Mercury Prize but has so far failed to properly cross over to the mainstream. His fourth album, Dark Days & Canapes is unlikely to change anything – it’s far too good for that, and has more in common with his former collaborators Massive Attack or even Radiohead than fellow rappers.

Hitting the scene in 2011 with a more electronic sound, Ejimiwe has now embraced guitars – but this isn’t straightforward rap-rock, but a much more experimental landscape, produced by Brian Eno collaborator Leo Abrahams. Freakshow is fluid funk, with all manner of barbed-wire guitars and synths, plus some demonic laughing from a gospel choir; Trouble + Me is a low-slung, waltzing ballad, with aquatic echoed guitar and piano circling around Ejimiwe’s enigmatic vocals. His flow is slow, the speed often more like sung lyrics than rapped lines, as he opens up about the state of the world today: “In any weather/Come along, come together/Witness the happening/Where sane folk slowly lose control…”

Woe Is Meee finds bass and acoustic guitar twisted through electronics to create high-contrast trip-hop, while Blind As A Bat mixes processed strings reminiscent of Max Richter with post-rock guitar and drums. The doomy, industrial first single Immigrant Boogie is perhaps the highlight here, and finds Ghostpoet examining the refugee crisis: “I was dreaming of a better life/Where’s my two kids and my lovely wife?/But I can’t swim and water’s in my lungs/So here it ends when life has just begun.” It’s a modern classic of socially conscious hip-hop, and like much of Dark Days & Canapes, it’s backed by an equally stunning musical backdrop, of acoustic instruments processed through electronics with a sense of style and drama.

Another impressive Ghostpoet record, whether it gets the success it deserves or not.