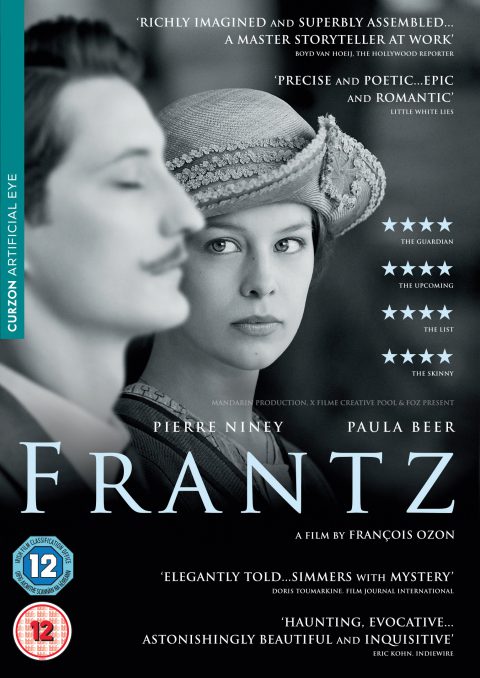 Francois Ozon’s latest offers yet another tantalising career swerve from the creatively restless French filmmaker. Ozon historically works well with actresses – Charlotte Rampling and Ludivine Sagnier in Swimming Pool, Rampling again in Under The Sand, the sublime octet in 8 Women – and here in Paula Beer he has found a new lead willing to carry his character’s emotional, psychological weight.

Beer plays Anna, whose fiancé Frantz died in the trenches of WW1. She unexpectedly finds solace when a Frenchman, Adrien (Pierre Niney), arrives in her small German mountain town, claiming to be a friend of Franz. “Every French man is my son’s murderer,” says Frantz’s father; but soon Adrien has become ingratiated into the family. From there, things become less certain.

Frantz is full of volatile twists and revelations. There is willful misdirection – from the characters, but also the filmmaker himself as Ozon introduces a colour palette that becomes a sly signifier for yet more manipulation. A smart, complex thriller.