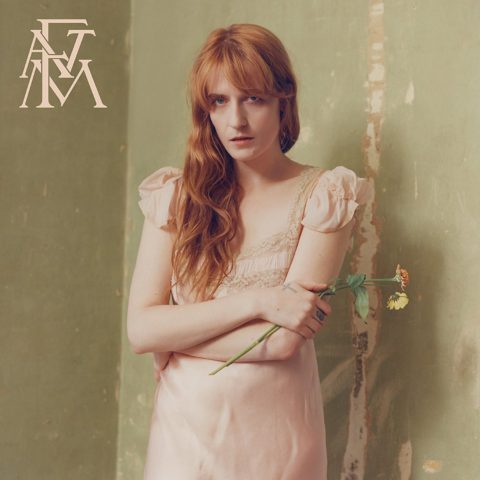 “And it’s hard to write about being happy/’Cause the older I get I find that happiness is an extremely uneventful subject,” sings Florence Welch, solo, on No Choir, the final track of this, her fourth album. It’s a common problem for artists as they mature, especially one such as Welch, who took her florid melancholy to the top of the US charts with 2015’s How Big, How Blue, How Beautiful.

If anything, though, High As Hope dials back Welch’s customary drama for a slightly more intimate, and more charming, set of songs. Working with Andrew Wyatt of Miike Snow, Sampha, Jamie xx and Tobias Jesso Jr has honed Welch’s pop sensibilities, and the hooks here are sharp – Grace, for example, begins as a jazzy torch song, before synths and cavernous, Eno-esque ambience turn the track into something both huge and intimate. Piano plays an even bigger part than it has before, with Big God turning a funereal, gothy march into an R&B anthem, Welch’s voice purer than ever before.

There are pop smarts here, sure, but there’s also an edge to these songs, a glimmer of Welch’s origins as a more alternative artist a decade or so ago – lead single Hunger hints at eating disorders in its opening verse, Patricia and The End Of Love echo Bat For Lashes in their opening, discordant drones, and half of 100 Years is stripped down to just piano and handclaps.

Ultimately, Florence Welch knows what her fans want, however: anguished, accessible anthems, the kind of tumultuous, stormy ballads that remain timeless even as she plugs into the zeitgeist. On that basis, High As Hope, for all its subtle experimental detours, delivers in spades. Even happiness can’t derail the Machine, it seems.