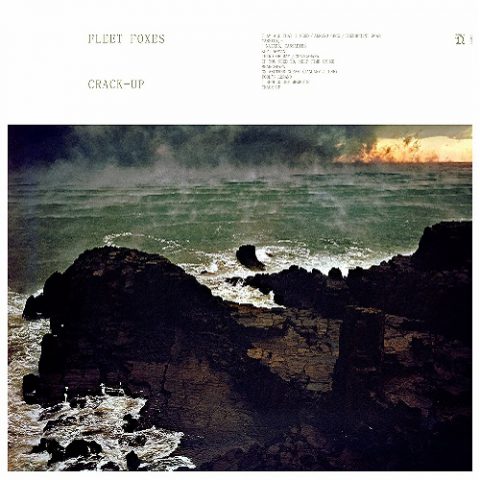 Taking a six-year hiatus is a risk for any group, especially if they return with their sound unchanged. While Fleet Foxes’ second album, 2011’s Helplessness Blues, hinted at a progression in their sound, Crack-Up, their new, third album, is a stunning reinvention.

Much like Radiohead with Kid A and Amnesiac, Robin Pecknold and the group have kept their essence – in this case, acoustic guitar, sublime Americana melodies and celestial, reverb-heavy harmonising – but set it in more experimental environments. As a result, Crack-Up is a looser album than one might expect from a unit who, for all their strengths, had a tendency to be a little prissy, especially on their mega-selling 2008 debut. Here, Fleet Foxes sprawl out, mixing genres and taking risks with a series of beautiful, eclectic and brave songs.

The more fragmented, ambitious tracks are immediately captivating: over almost nine minutes, Third Of May/Odaigahara spirals between hushed minimalism and ecstatic, post-rock driven by piano and strings. Similarly, opener I Am All That I Need/Arroyo Seco/Thumbprint Scar cuts without warning between something reminiscent of Skip Spence’s damaged, spectral Oar, and a soaring refrain reminiscent of Fleet Foxes’ earlier work; the whole thing fades out to a collage of samples, including rhythmic waves, disembodied speech and clapping.

As Crack-Up slowly reveals itself, the shorter tracks also come into focus, and are as impressive as the album’s epics: take the subtle and tender If You Need To, Keep Time On Me, with Robin Pecknold’s voice and acoustic guitar slowly overwhelmed by echoed piano and ambient sound, or the wonderful Kept Woman, suggesting Radiohead in its rippling arpeggios.

Crack-Up is a world to explore, with its songs joined by strange disembodied snatches of jazz, piano or distorted echoes, like some bizarrely beautiful mixtape. Their debut might have sold more, but here is their finest, deepest work to date.