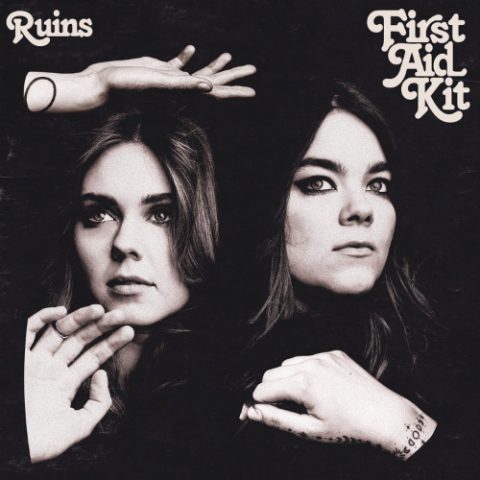 If you’re appearing on The Graham Norton Show and selling out two nights at London’s Roundhouse, you’re officially big news – and so it is with Johanna and Klara Söderberg, the two Stockholm sisters who have been weaving an Americana-tinged spell for almost a decade now. Along the way, they’ve worked with Conor Oberst and Jenny Lewis, among others, and sold a roomy shed-load of records.

Now comes Ruins, their fourth album, and second for major label Columbia – the wheel hasn’t been reinvented since 2014’s Stay Gold, it’s safe to say, but the ride has been refined. Over these 10 tracks, the Söderberg sisters craft grand, open-sky country, rock and folk, borne along by the kind of beautiful, totally natural harmony singing that sibling musicians excel at.

Their experiences of the last four years, breakups, relocations and all, have given an added depth to these rich songs, with Postcard a boozy C&W weepie (“I wasn’t looking for trouble but trouble came…”) and the elegiac, addictive Distant Star comparing songs to the dying light of faraway suns over a waltzing shuffle that mixes pedal steel with spangled mandolins; the chords briefly turn Eastern, as the sisters call out to their “distant star/My darling, you’re so far away/You were never meant to stay…”

Despite its title, Ruins has some up-tempo moments – the boisterous It’s A Shame, or the drum-workshop climax of closer Nothing Has To Be True – but the mood is generally gorgeously bittersweet, and perfectly consistent, assisted by subtle yet atmospheric production from Tucker Martine. Building on the strong Stay Gold, then, the Söderbergs have managed to take their complex, emotionally resonant music even further into the mainstream. No mean feat, and another impressive record.