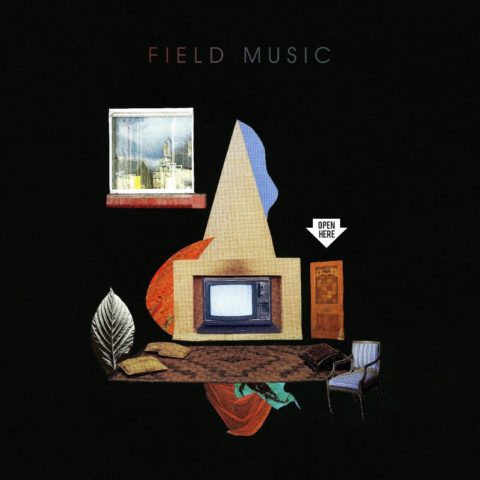 In the decade and a half since Field Music formed, multi-instrumentalists Peter and David Brewis have gradually built up a deserved reputation for excellence. Brave yet simultaneously accessible, they hark back to a golden time when pop music was strange and bands like Steely Dan and Talking Heads supplied both invention and melody.

The brothers’ sixth album proper, Open Here, is more like 2012’s compact, punchy Plumb than the epic, sprawling Commontime (2016) or 2012’s Field Music (Measure), and finds the Brewises incorporating orchestral sounds as a central element for the first time. With its echoes of early ’80s Peter Gabriel and Prince, it also harks back to the sound of 2008’s The Week That Was, the very underrated solo album from Peter Brewis; little coincidence, perhaps, that that LP featured violins, cellos and flutes.

Opener Time In Joy is swathed in those instruments, and also features the kind of polyrhythmic percussion that drove David Byrne and Brian Eno’s My Life In The Bush Of Ghosts; six minutes long, it flies by in a groovy instant. Meanwhile, the title track evokes 10cc and early ’70s Paul McCartney with its winding melodies and beautifully arranged, vaguely Eleanor Rigby-esque strings.

Elsewhere, Count It Up, Front Of House and Goodbye To The Country try out slick, wonky funk in the vein of early ’80s Scritti Politti, while lyrically they admonish those who need to check their privilege or who impose strict gender roles on children. Most affecting of all is the closing Find A Way To, a five-and-a-half-minute epic which recalls the classic-rock balladry of Jim O’Rourke’s wonderful 2015 LP, Simple Songs. As the track builds from a lone piano, sprouting drums, funk bass, violins, horns, flutes and finally a choir, it’s hard not to be quietly blown away. Six albums in, Field Music are as wonderful as ever.