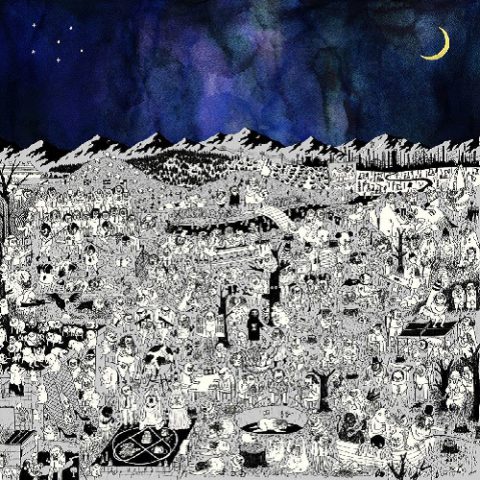 Of course, this being Tillman, these are 13 piano ballads totaling a mammoth 75 minutes, produced by Jonathan Wilson and orchestrated by avant-garde maven Gavin Bryars. On the opening title track alone, the subjects covered include evolutionary gender roles and anemia, while by the second song, Total Entertainment Forever, Tillman is singing of “bedding Taylor Swift inside the Oculus Rift”.

The 13-minute Leaving LA takes a diaristic look at Tillmans’ move to New Orleans in 2015, but manages to weave in references to a future apocalypse and his reasons for making music as FJM. Although Tillman clearly thinks the ballad format is the perfect shopfront in which to display his lyrical genius, it’s Bryar and Wilson’s arrangements that provide the most memorable moments – the trumpets on Things That Would Have Been Helpful To Know Before The Revolution, the gospel choir on Ballad Of The Dying Man, the last two ambient minutes of So I’m Growing Old On Magic Mountain.

At its best, Pure Comedy is heady stuff: intelligent, kaleidoscopic songs dressed in sophisticated, subtle finery with gorgeous flashes of inspiration that make you forgive his occasional excesses. “What’s to regret for a speck on a speck on a speck,” he sings on the closing track, In Twenty Years Or So, “made more ridiculous the more serious he gets?”