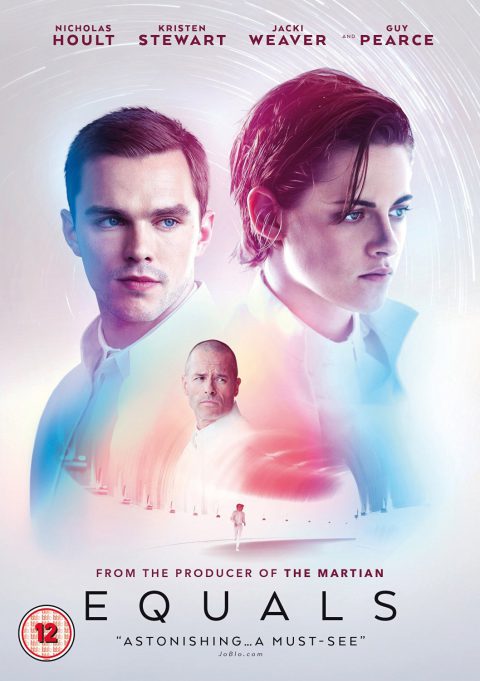 Dystopian science fiction – is there any other kind? – In which Kristen Stewart and Nicholas Hoult risk all for a bit of forbidden romance. In the future, Earth’s population has been reduced by warfare and now as members of the Collective, crime and violence has been subjugated by genetically eliminating all human emotions.

Stewart has done consistently interesting work outside her days in the Twilight franchise – The Runaways, Still Alice, Café Society and the upcoming Personal Shopper. Those drawn to Equals by the casting of Stewart and X-man Hoult will enjoy an introductory glimpse of a genre staple; perhaps, it will direct them to THX-1138 or Logan’s Run, films Equals resembles to varying degrees, or Orwell’s 1984, another tale of forbidden love under the unwavering gaze of a cruel and totalitarian regime.