embrace of the serpent 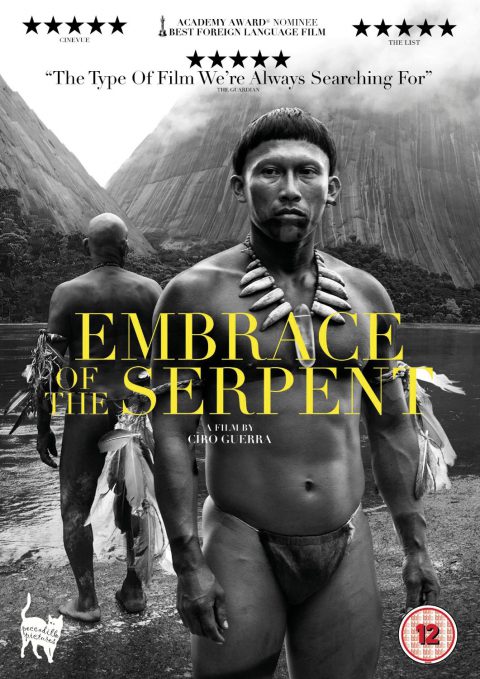 In 1909, a young shaman (Nilbio Torres) in the Colombian Amazon helps a sick German ethnographer (Jan Bijvoet) and his local guide (Miguel Dionisio Ramos) search for a rare healing plant, the Yakruna flower. Many years later, an American botanist (Brionne David), visits the elderly shaman (Antonio Bolívar) hoping to finish the work begun by her German predecessor. Ciro Guerra’s psychedelic historical odyssey charts these two parallel expeditions – companion pieces, of a sort, to Werner Herzog’s Fitzcarraldo or Roland Joffe’s The Mission, which have both explored notions of imperialism and the clashes between wildly different cultures.

Guerra’s shaman, Karamakate, believes himself to be the last of the Cohiuano, whose people were wiped out by colonial robber companies. He acts as a bridge between the film’s two storylines, and treats both of the westerners in his company with disdain. He refers to himself as a Chullachaqui – a spirit. “We all have one. It looks like you, but is empty, hollow, a ghost without time.”

The dialogue is sparse and sharp, mirroring Karamakate’s distant relationship with the western explorers. Meanwhile, David Gallego’s vibrant, monochrome cinematography accentuates both the lush beauty and harsh, oppressive qualities of the landscape. Guerra’s soundtrack is busy with the sound of insects and rushing water, while there are trancelike investigations into the folklore and belief systems of the Amazonian tribes. The film ends in an astonishing Technicolor dream – a critical moment in the life of Richard Evans Schultes – the character played by Brionne David – who later co-authored a book, The Plants of The Gods: Their Sacred, Healing and Hallucinogenic Powers.