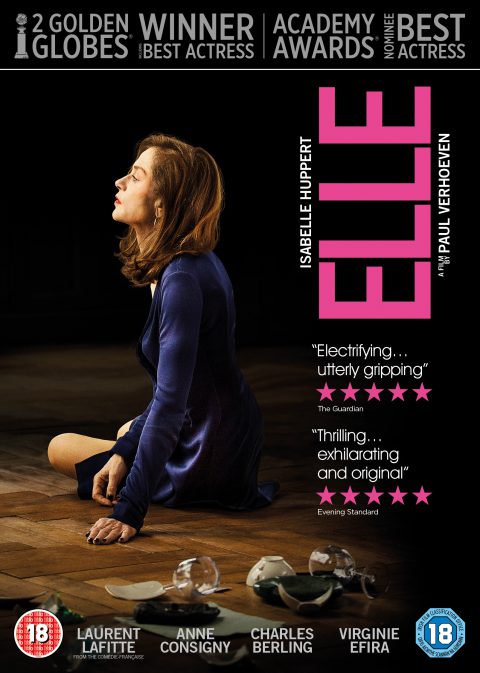 Paul Verhoeven has long liked to provoke his audiences – in Basic Instinct, Starship Troopers, Black Book – and his latest film, Elle, is no exception. “You always wanted a sanitized version of life,” says Irene Leblanc (Judith Magre), chiding her daughter Michele (Isabelle Huppert). Michele has just walked in on her mother in a state of semi-undress with a toy boy lover.

In Verhoeven’s film, Michele is constantly surrounded by desire, control and sexuality. As a top video games executive, she encourages her artistic team to more graphically depict the barbarous acts of an orc rapist. She is in the throes on an imprudent affair with a colleague’s husband. Her father is a notorious Seventies mass murderer. Meanwhile, she is raped at home by a masked intruder. “Thursday. At 3pm,” she tells a group of stunned friends with clinical detachment. Michele remains determined not to give in to her anxieties about the incident, she pursues a business as usual line, maintaining a rigorous sense of purpose. Occasionally, though, her self-control cracks.

Michele remains determined not to give in to her anxieties about the incident, she pursues a business as usual line, maintaining a rigorous sense of purpose. Occasionally, though, her self-control cracks. Verhoeven pitches Elle as several films at once.

Verhoeven pitches Elle as several films at once. It is partly a comedy of bourgeois manners involving the various vexing members of Michele’s family, partly a lurid thriller about the ramifications of assault and also a sophisticated portrait of a multifaceted central character. Huppert – rightly nominate for a Best Actress Oscar – successfully navigates these tonal and narrative shifts, fusing Verhoeven’s contradictory trails into a consistent, complex performance. Verhoeven has historically favoured strong female roles – Carice van Houten, Sharon Stone, Elizabeth Berkley – and Huppert is among the very best.

For Verhoeven’s part, working from a novel by Betty Blue author Philippe Djian, he is clearly in debt to Hitchcock, Polanski and DePalma – masters of black comedy and prurient melodrama.