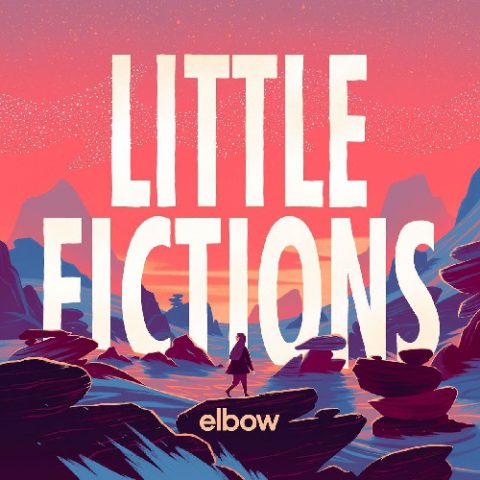 Elbow’s seventh album is their first without founding member Richard Jupp on drums – and ironically, it’s a record that’s most centred on rhythm. Without Jupp’s subtle, organic style, the remaining quartet of Guy Garvey, Pete Turner, and Mark and Craig Potter, have taken the customary Elbow textures – strings, piano, sidewinding guitar and bass, and Garvey’s powerful voice – and laid them on a bed of harder, looping rhythms.

The result is a little like water flowing over a sheet of rock: “Gentle Storm” is Eno’s Music For Airports set over a hip-hop beat, while the noirish “Trust The Sun” sees Elbow try out low-key and atmospheric desert-rock, bravely circling around just two chords before Garvey’s mighty voice and Craig Potter’s piano arrive after the first minute.

Aside from the blustering and gauche opening track, “Magnificent (She Says)”, Little Fictions could be the band’s most subtle record to date, even when they foreground electric guitars on the Felt jangle of “All Disco”. This intimacy could be down to the album’s origins; writing collectively in the Scottish wilds and in Garvey’s Prestwich attic, the group would only pursue ideas which easily flowed, giving their songs space to develop naturally. A result of this approach is the title track, at eight and a half minutes the longest ever Elbow song. It begins ominously and quietly, and then oozes into a jazzy, trip-hop groove, before blowing out in an ecstatic, dancehall-like beat: “Love is the original miracle,” bellows Garvey, repeatedly.

“Head For Supplies” and the closing “Kindling” are lush, classic Elbow ballads, but “Firebrand & Angel” is perhaps the strongest example of the group’s new direction; over restless syncopated drums and handclaps, Garvey and Potter’s sparse piano circle endlessly as spiralling arpeggios and a choir join proceedings. While some groups might have been damaged by the loss of such an important member, Elbow have – as they’ve always done – turned a bad situation into something life-affirming.