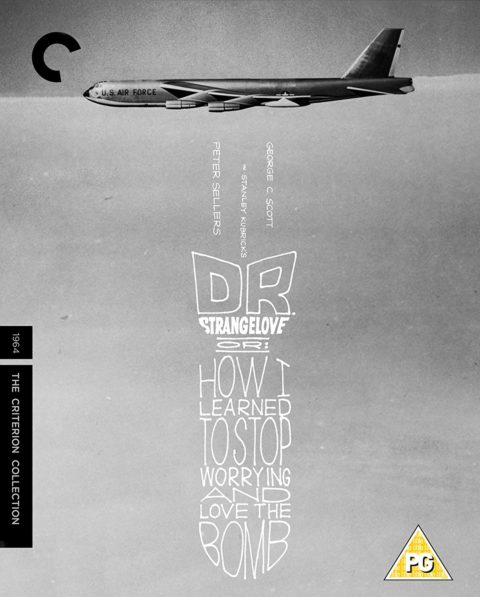 As a decade, the Sixties were full of memorable moments; but as a year, 1964 was hard to beat. It was the year China detonated their first atomic bomb and Krushchev was overthrown. Within 12 months, American troops would be in Vietnam and the cultural make-up of the Sixties coalesced into a gloomy fug of civil unrest, murder, insurrection and conflict. The means by which these uncertain times were addressed varied, but perhaps it is the coal-black farce of a film like Dr Strangelove or How I Learned To Stop Worrying and Love the Bomb that helped us laugh at the prospect of mutually assured destruction and poke fun at the military-industrial complex at the same time as it ramped up tensions to horrifying degrees.

Dr Strangelove is credited to two men – the director Stanley Kubrick and the writer Terry Southern – but it is perhaps one man, playing three parts, whose contribution to the project is the most vividly memorable. That, of course, is Peter Sellers, playing sanguine Group Captain Mandrake, ineffectual President Muffley and the German scientist after which the film is named, whose fascistic impulses would be absurd were the film’s conclusion not to chilling. Around Sellers orbit a number of equally brilliant supporting performances, from Sterling Hayden’s mad general to Slim Pickens’ B-52 bomber pilot riding a nuclear bomb into oblivion.

The film’s key scenes take place in the Pentagon’s War Room – designed by Ken Adam, who created many brilliant and elaborate Bond sets – and it is here, as the plot moves inexorably towards apocalypse that Kubrick’s message reveals itself: there is no escape from the doomsday logic, the strategic doctrine of Mutually Assured Destruction. “Gentlemen, you can’t fight in here! This is the War Room.” Quite.

– Excerpts from a 1966 audio interview with Kubrick, conducted by physicist and author Jeremy Bernstein

– Four short documentaries, about the making of the film, the sociopolitical climate of the period, the work of actor Peter Sellers, and the artistry of Kubrick

– Interviews from 1963 with Sellers and actor George C. Scott