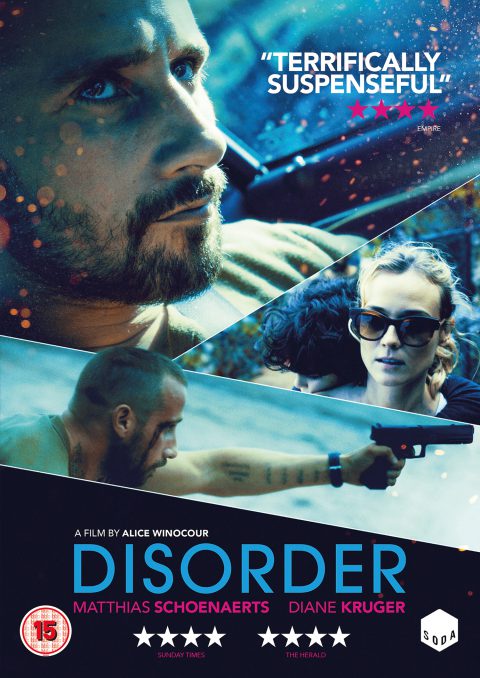 Recently, Belgian actor Matthias Schoenaerts has taken an unexpected detour into period drama. Roles in Far From The Madding Crowd and The Danish Girl have distanced Schoenaerts from familiar, tightly wound characters in Bullhead and Rust And Bone.

Director Alice Winocour returns Schoenaerts to familiar ground. Here, he plays Vincent, an Afghanistan veteran struggling with post-traumatic stress disorder, who is hired as a security guard to protect the wife Jessie (Diane Kruger) and son of a shady businessman. But Vincent is prone to volatile paranoid episodes, which makes things difficult when Maryland – the businessman’s coastal home – comes under siege.

Essentially, Disorder starts out as an exercise in empathy for Vincent and his condition that gives way to a more traditional genre piece. Both elements are expertly handled. There are nods to Hitchcock, too, in the use of sound design to manipulate tension; and also in the way Winocour blurs the boundaries between reality and Vincent’s imagination.