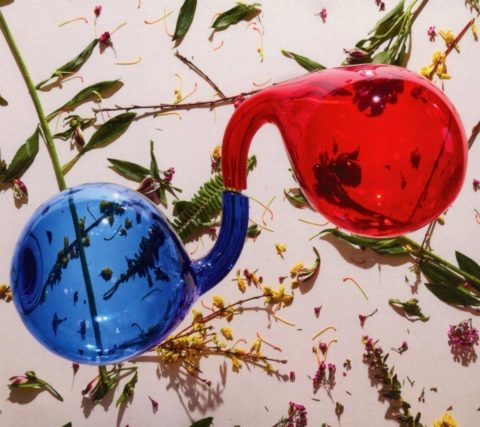 Dave Longstreth’s ninth album as leader of Dirty Projectors is a world away from 2017’s self-titled album or the more expansive Bitte Orca (2009). That was the project of turmoil, particularly a difficult breakup, but on Lamp Lit Prose Longstreth seems rejuvenated and joyful.

While last year’s LP felt like a solitary endeavour, here Longstreth, recording in his own Los Angeles studio, has brought along a host of his friends to contribute – there are as many ‘feat’ credits here as on your average hip-hop album. Apt, perhaps, as the sound is again heavily influenced by R&B, but here paired with acoustic guitar for a kind of digital, stylized mix of folk and electronic soul.

For the most part, the results are impressive: Break-Thru channels the high-life indie of Vampire Weekend, and comes with mentions of Fellini and Julian Casablancas. Meanwhile, That’s The Lifestyle echoes David Byrne’s solo work, while I Feel Energy and Blue Bird feature low, buzzing horns.

Fleet Foxes’ Robin Pecknold, and Rostam, turn up on You’re The One, perhaps the most immediate and surprising song here. A two-minute, harmonised folk cut, it’s based around heartfelt lyrics that echo Lennon’s In My Life: “I’ll always have love for what came before/And with you I feel it more and more,” the trio sing. “And here with you now I know that you’re the one.”

Finest of all, maybe, is the closing (I Wanna) Feel It All, which has the feel of a ’30s jazz standard cut-up and warped with backwards drums. By the time Dear Nora, saxophones and massed harmonies appear, it’s become something that would fit on Smile, a modern psychedelic take on the Great American Songbook.