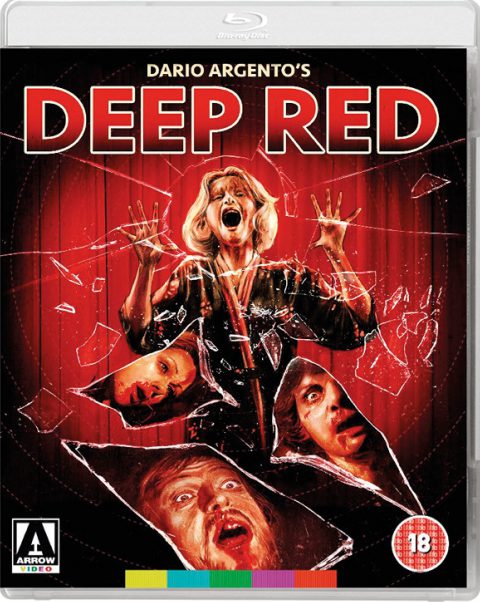 The vibes are currently working in Dario Argento’s favour. A remake of Suspiria is to be directed by Luca Guadagnino, reuniting with the cast from his excellent film A Bigger Splash – including Tilda Swinton. What’s more, it will be soundtracked by Thom Yorke. Meanwhile, Argento’s films have currently been enjoying a renewed afterlife in prestige edition DVDs – most recently, The Bird With The Crystal Plumage.

Deep Red dates from 1975, as the director moves away from his Hitchcockian whodunits to darker, more supernatural movies – the films immediately following Deep Red are Suspiria, Inferno and Tenebre. In Deep Red, the mighty David Hemmings plays a musician living in Rome who is drawn to investigate a series of gruesome murders with strange, folkloric undertows. He is accompanied by a typically unsettling score from Italian prog outfit, Goblin; regular Argento collaborators.

Hemmings was at an intriguing place in his career by the mid-Seventies. He had starred in a string of major ‘60s British films – including The Charge Of The Light Brigade – before embracing Swinging London with Blow-up. By the early 1970s, he had turned his hand to directing, with The 14, a winner at the 1973 Berlin Festival. But he drifted; he was too good-looking and talented, and he never pushed himself enough. Deep Red is probably his best film from this period – after this, he flopped into a forgettable adaptation of Hemingway’s Islands In The Stream and then directed Bowie and Dietrich in Just A Gigolo: a clumsy misadventure that Bowie once described as “my 32 Elvis Presley movies rolled into one”.
Argento, though, entered a purple – or, perhaps, crimson – patch thereafter. His run of giallo films, from Suspiria onward, is peerless; flamboyant and grotesque in evil measure.