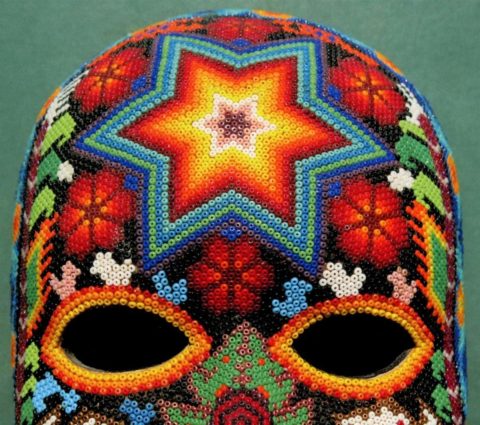 From the spray and swell of the sea to the sound of a Swiss goatherd, the latest album from Brendan Perry and Lisa Gerrard packs a lot in. Their first record since 2012’s return, Anastasis, is split into two acts (perfect for vinyl) and examines the cult of Dionysus, also known as Bacchus, in Ancient Greece and Rome, as well as other world religions’ similar deities – you know, those fun gods who are into wine, fertility and religious ecstasy.

As well as the field recordings – bees, the wind and more – Perry and Gerrard have used their (un)usual array of instruments and percussion to evoke the ancient or mystical worlds they’re interested in. Act One begins with waves and low drones, before a kind of ethno-psychedelia snakes in, not too dissimilar to the music they’ve made ever since their formation in Melbourne in the early ’80s. Soon, Dance Of The Bacchantes ushers in a more fevered atmosphere, with a clattering Eastern beat, chanted ululations and one of the best uses of handclaps this year.

Gerrard is mostly absent from Act One, but she reappears on Act Two, her vocals really to the fore throughout these four tracks. Again, these songs are percussion-heavy and reminiscent of Scott Walker’s most recent work, but the enlightenment comes with the final piece, Psychopomp, a beautiful ballad complete with Amazonian bird noises and a tropical ambience.

As intellectual as its concept is, Dionysus doesn’t really need a backstory – an aural experience in two neat halves, it’s something of a journey, more like a wordless radio play than a conventional album. In harking back to the sound of classic Dead Can Dance, but pushing the boundaries of their ambitions, Perry and Gerrard have created one of their finest records.