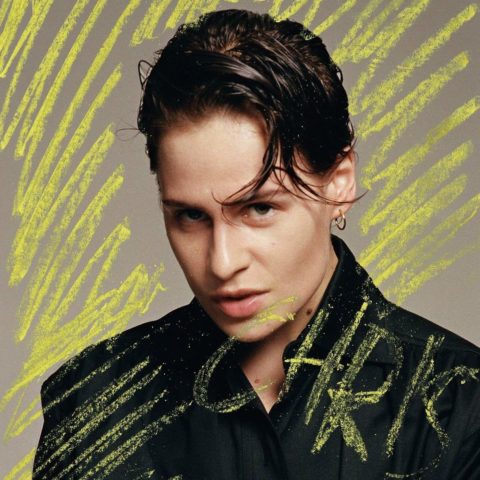 While continental artists were once seen as something of a joke in English-speaking territories, today France’s Héloïse Letissier is one of the biggest pop stars in the world.

Chris is her new incarnation, with her hair cut short and her image defiantly androgynous, at least for a chart-bothering act. The sound on Chris is also defiant – defiantly ’80s. Not ’80s-inspired even, more as if the textures were actually from a Michael or Janet Jackson LP, with swathes of glassy DX7s and glossy digital reverb. The highlights are many: Girlfriend is a shimmering R&B delight, and one of the finest pop singles of 2018, while Doesn’t Matter takes the beat of Toni Basil’s Mickey and perverts it with some existential lyrics on the existence of God. Well, Letissier is French, after all. In the second half of the album, there’s the moody funk of Damn (What Must A Woman Do) and the new Jacko swing of Feel So Good, its melody strangely reminiscent of Suzanne Vega’s Luka.

Christine’s phrasing is skewed throughout, whether deliberately or just in the process of squeezing her words into English (like her debut, 2014’s Chaleur Humaine, the album is also being released in a French-language version), but it adds an exotic, unusual flavour to most of the tracks – the way she pronounces “dollars” in $5 Dollars sounds, endearingly, more like “doors”. Less enticing are the ballads, such as Make Some Sense, which can be a little bland. Closing track The Stranger, however, with its harpsichord introduction and headier feel, points to what Christine And The Queens could do next. For now, though, this album is just enough – a clever, strange and unique record by an artist busy molding pop in her own image.