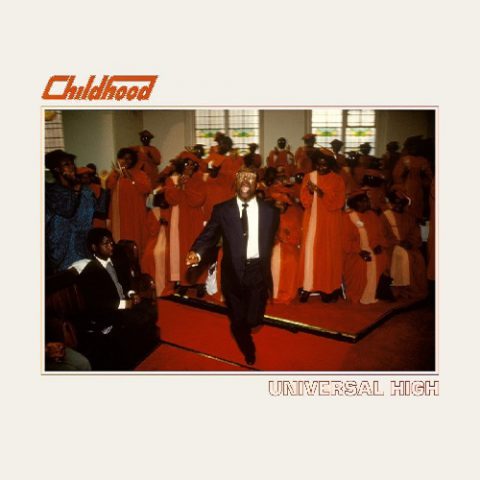 Touted as the next Stone Roses when they first emerged from Nottingham in 2012, Childhood have turned out to be something very different. With their long-awaited second album, the quintet, led by the key duo of frontman Ben Romans-Hopcraft and guitarist Leo Dobson, have fully embraced the more soulful influences that have long hovered at the edges of their sound.

The band’s spiritual home now seems to be America – in the lush arrangements, in the impeccable production of Ben H Allen III (Deerhunter, Animal Collective), and even in Romans-Hopcraft’s slightly transatlantic vowels – so it’s fitting that Childhood decamped to Maze Studios in Atlanta to record Universal High.

The results are impressively infectious, with stringed instruments taking a backseat to synths, pianos and keyboards of all kinds. On the sinuous funk of second single Cameo, Childhood come on like Tame Impala’s Kevin Parker exploring an obsession with major-seventh chords, while the psychedelic fug of synths and sugar-sweet melodies on the propulsive Melody Says brings to mind MGMT circa Oracular Spectacular. Meanwhile, the title track is a sumptuous piano ballad, echoing Todd Rundgren at his most straightforward.

Their influences might be vintage, then, but Childhood always put a more modern twist on them, hence Understanding is like Andy Weatherall producing Curtis Mayfield, complete with crazily processed Rhodes piano and Romans-Hopcraft crooning, “Take a look at my life/Take a look at my love…” Don’t Have Me Back tries on Stax pop for size, but mixes it with a hypnotically echoed sax solo.

Only two albums into their career, Childhood have created a brave melange of the past, the present and the future, taking in slick ’70s soul, classic Gallic pop, shoegaze haze and the crisp production of 2017. A very universal triumph, indeed.