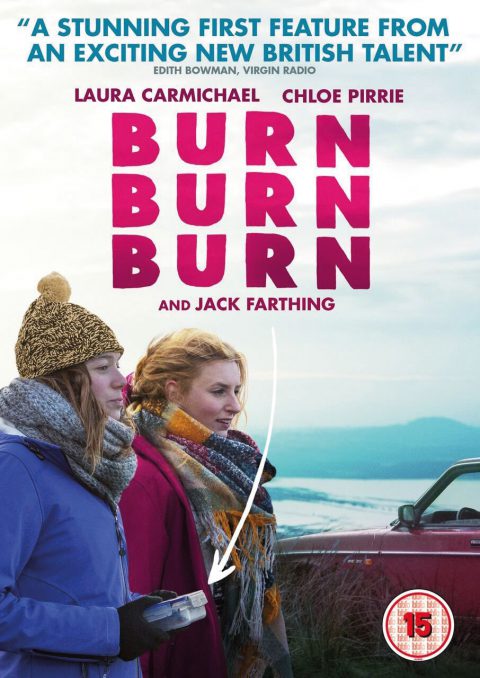 At this stage, it is hard to know what the so-termed Millennial generation will achieve over time: but at least this British feature debut from director Chanya Button and screenwriter Charlie Covell suggests there might be more wit and substance than, say, television’s post-Skins youth programming otherwise contains.

It is a road trip, of sorts, in which two twentysomething best friends Seph (Laura Carmichael) and Alex (Chloe Perrie) embark on a journey across England to scatter the ashes of their friend Dan (Jack Farthing), who has recently died from cancer, in several locations. Along the way, they encounter grown-ups – some terrific cameos from Julian Rhind-Tutt and Alison Steadman – and life lessons are, inevitably, learned. Button and Covell, though, both show considerable promise. Burn Burn Burn feels emotionally genuine, and it avoids the desperate clucking that accompanies most other dramas aimed at Millennial audiences.