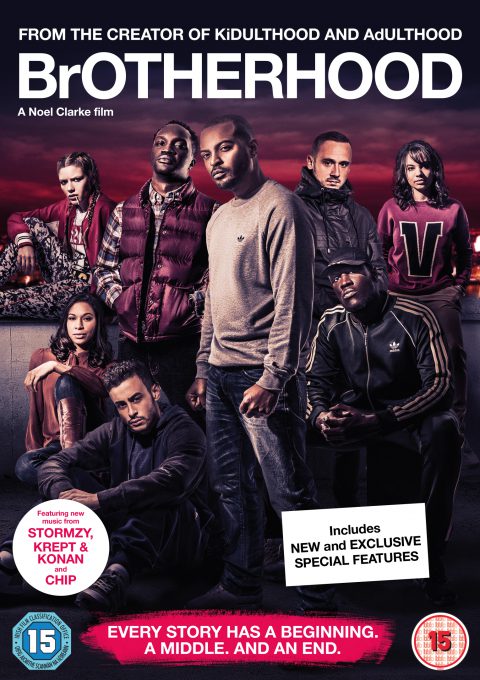 The trajectory of Noel Clarke has been one of the most pleasing in recent memory. Starting out as, essentially, the stooge role in the early days of the Doctor Who reboot, he has now become a significant creative force in British cinema. His body of work thus far consists of a trilogy of west London urban crime dramas that began with Kidulthood in 2006. An energetic study of disaffected teens – led by Clarke himself – it openly tackled issues of gang violence, crime and immature notions of ‘respect’.

A decade on, Clarke draws his story to a close; but the question of whether time has been kind to either the remaining key characters or indeed the franchise itself dogs Brotherhood. In some respects, it has been leapfrogged by Channel 4’s excellent series Top Boy, which addressed comparable cultural themes. Both series of Top Boy were well written and directed – and the work done by Ashley Walters was faultless – and while it might be unfair to compare that series to Clarke’s trilogy, it is possible to see how different decisions filmmakers can take in addressing similar ideas.

Both Top Boy and Brotherhood find characters coming to terms with decisions they have made earlier; often with grim consequences. But while Toy Boy found subtle depth in its depiction of a cycle of drug dealing, shooting and stabbing. Brotherhood may not necessarily have the space and distance to deliver nuance, but Clarke keeps the plotline – involving old enemies coming for revenge – from stumbling too far into cliché. When viewed together, the three films remain a complex depiction of the perils of inner city life.