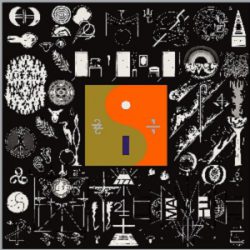 Blame Kid A if you like, but as the millennium has proceeded, it’s become more acceptable for art-ists to make stylistic hard-turns.

Justin Vernon, AKA Bon Iver, has embraced this new freedom more than most artists. If his 2007 debut, For Emma, Forever Ago, was a wintry, lo-fi folk record which spawned a thousand wintry, lo-fi folk records, then the self-titled 2011 follow-up was an expansion into glossier, band-led tex-tures, featuring horns, processed vocals and ’80s-style keys and synths. Vernon’s new LP, 22, A Million, then, moves his sound on a step further, its 10 songs primarily built out of loops and sam-pled and Auto-Tuned vocals, most creaking and scratchy like they emanate from a steam-powered Akai.

Some of the songs here are deliciously strange: the echoing 33 “GOD” is constructed primarily from pitch-shifted samples of Paolo Nutini and country singer Jim Ed Brown, while 715 – CRΣΣKS is just Vernon, alone with his Auto-Tune plugin. In a noisier vein, the distorted 10 d E A T h b R E a s T ⚄ ⚄ recalls both King Of Limbs-era Radiohead and the Kanye West of Yeezus.

Elsewhere, away from the splintered beats and fluttering samples, Vernon returns to the heartfelt, gospel-influenced emoting of For Emma…’s Skinny Love or Bon Iver’s Beth/Rest – 8 (circle), the longest track here, mixes Colin Stetson’s saxophones with a slow-jam beat and processed choir of voices, while the closer 00000 Million finds the singer harmonising solemnly over a glitchy piano part and a sample of Irish singer Fionn Regan.

In many ways, Justin Vernon has taken digital technology and hip-hop production techniques and imbued them with the fragility and fallibility that he brought to the lo-fi folk of his debut album. Who knows what changes the fourth Bon Iver album will bring.