How To Solve Our Human Problems, Parts 1-3 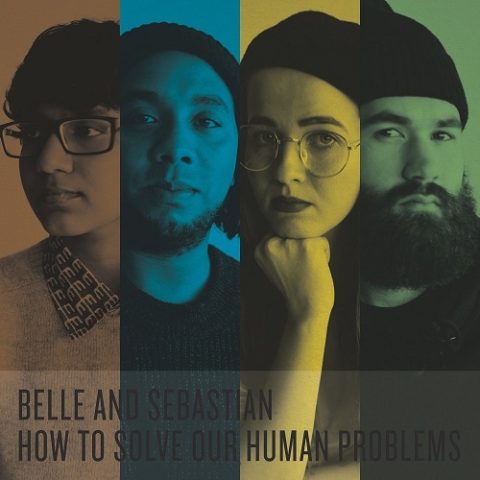 For this collection, originally released recently as three EPs, Stuart Murdoch and co recorded in Glasgow, visiting different studios and producing themselves. It’s the first time they’ve worked so substantially in their hometown since their lo-fi early days – 2002’s Storytelling, to be exact.

And yet, the 15 songs on How To Solve Our Human Problems are a world away from the likes of The Stars Of Track And Field, instead being some of the funkiest, shiniest and most diverse cuts they’ve made in their 22-year history.

There are the electronics-heavy tracks: Sweet Dew Lee, which opens the first EP and, naturally, this compilation album, it’s a slice of electro-disco sung by Stevie Jackson, and suggests LCD Soundsystem covering Abba, while The Girl Doesn’t Get It is A-Ha-esque new wave pop. Elsewhere, Poor Boy, which opens Part 3, is a sleek duet between Stuart Murdoch and Sarah Martin, produced by Inflo that recalls Chic and Blondie’s The Rapture in its steady, urban funk.

There’s a quieter, more classic side to …Human Problems, though: There Is An Everlasting Song, an acoustic country ballad that reflects Murdoch’s spiritual beliefs, now heavily influenced by Buddhism, is a highlight of the third EP, while Martin’s gorgeous Fickle Season is a supple ballad that wouldn’t be out of place sung by Françoise Hardy.

The two sides combine on Everything Is Now, a two-part suite that moves from the kind of electro-gospel that Brian Eno loves, to a transcendent jam and stunning guitar solo, before Part Two brings out the strings for a trippier, lusher take on this Zen hymn.

…Human Problems is very much three EPs, being far too disparate to function as an album, but it works in the same way that their first compilation of EPs, 2005’s Push Barman To Open Old Wounds, does – through the sheer depth and strength of its material.