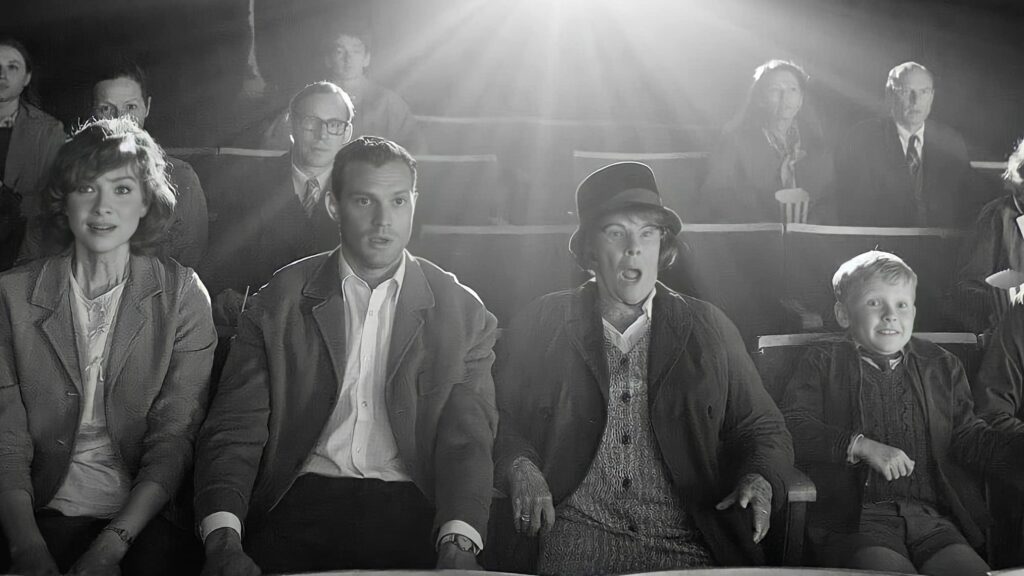 A standout favourite on this year’s awards circuit, BELFAST is a true British film of the highest calibre. Directed by the illustrious and multi-talented Kenneth Branagh, this film depicts his own childhood days of growing up during the much documented time known as The Troubles in Northern Ireland.

BELFAST’s exciting all star cast (including The Fall’s Jamie Dornan, Outlander’s Caitriona Balfe and the legendary Judi Dench) helps give the film feel good energy amongst the strife of protests and violence, forever evident in the background of scenes throughout the picture. It’s 1969 and we are introduced to 9 year old Buddy, played by jubilant newcomer Jude Hill, as the film follows him through his neighbourhood, where everyone knows everyone. But with bills rising at home and job opportunities arising elsewhere, whilst unrest edges ever closer to their front door, the family are left torn with making the decision whether to leave for a new life or to stay..

Shot in complete black and white, adding to the old school feel of the movie, there are numerous light hearted key moments (Dornan’s Pa crooning ‘Everlasting Love’ to Balfe’s adoring Ma at a nightclub, to Buddy’s dealings with a school crush) that are mixed in with the arrival of Billy Clanton (Merlin’s Colin Morgan) adding much needed edge to the film, all culminating in making BELFAST an effective watch that will leave any viewer cheering the lead characters on. It’s a moving snapshot of a time period a lot of people will look back on with differing emotions, but will resonate with anybody who just ultimately wants the best for their family.

Also watch: All Is True, Death On The Nile, Hamlet

For fans of: Blinded By The Light, Fisherman’s Friends, Yesterday