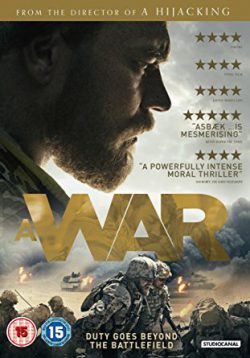 Among many recent conflicts, movies have been slow to respond to the war in Afghanistan. There have been two notable exceptions – The Patrol and Kajaki: The True Story, both of which have followed British soldiers stationed in Helmand Province. A War offers a complex and gripping take on Danish forces operating against the Taliban.

Something of a Borgen reunion, A War reunites one of the show’s key writers Tobias Lindholm with stars Pilou Asbæk and Søren Malling. Asbæk – who also appeared in Lindholm’s last film, A Hijacking – plays a company commander whose decision during an incident leads to war crimes charges. Lindholm’s film is essentially about how men respond during difficult situations in different theatres of conflict: on the ground in Afghanistan or in the courtroom back in Denmark. Asbæk is very good as the soldier trapped between loyalties and a number of conflicting responsibilities.