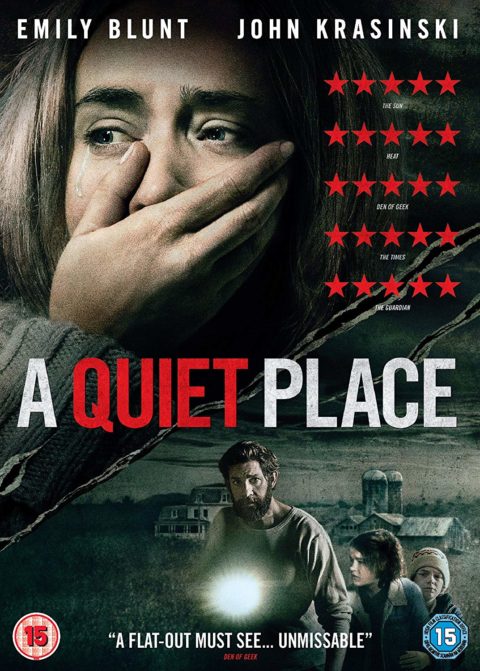 In an alternative universe, it may well be that it is Martin Freeman who is fearlessly defending his family from invading aliens, dressed only in the finest mod gear. As it is, A Quiet Place marks the latest fabulous career progression for John Krasinzki – aka Jim from the American version of The Office, essentially a taller, less Acid Jazz version of Freeman’s Tim. Since that breakthrough, Krasinzki has worked round a clutch of fairly mid-range films, displaying a likeable, easy-going charm. But recently something seems to have happened to Krasinzki. He has become a bona fide action star. He is currently playing the role of Jack Ryan, the CIA analyst previously played by Harrison Ford, Alec Baldwin & Ben Affleck. There are explosions and gunfights in Middle Eastern cities; a far cry from the Dunder Muffin offices in Scranton, Pennsylvania.

A Quiet Place, meanwhile, finds Krasinzki donning many hats as director, co-writer and star. It is pitched as a horror film, but as with many other movies given a similar billing, it is essentially a meditation on the dynamics of the American family. In this instance, this is quite explicitly rendered. It is the near future and most of Earth’s human population has been wiped out by sightless creatures with hypersensitive hearing. The Abbott family— wife Evelyn (Emily Blunt), husband Lee (Krasinzki), congenitally deaf daughter Regan, and sons Marcus and Beau—silently scavenge for supplies in a deserted town. While out in the open, the family communicates with sign language.

To some extent, A Quiet Place recalls the dystopian sci-fi parables of the 1960s and 70s – Planet Of The Apes and The Omega Man, perhaps, where mankind has been all but destroyed by external factors. Krasinzki’s script is front loaded with suspenseful moments from otherwise familiar domestic experiences – a trip to the supermarket, for instance, could prove fatal – although it is the very human acting from Krasinzki, Blunt and the younger cast members who bring the post-apocalyptic drama very close to home.