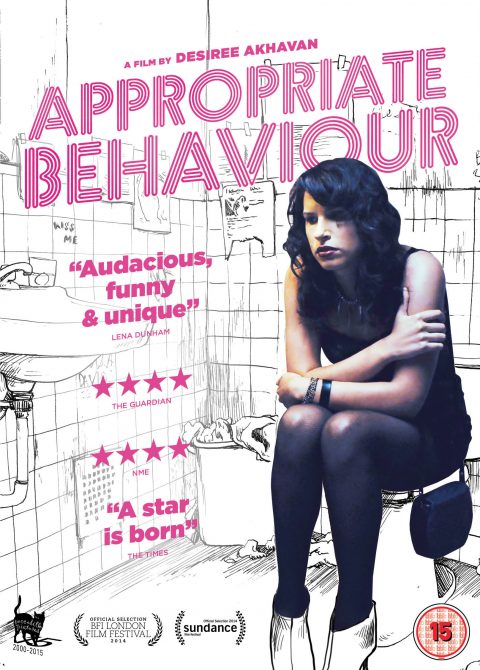 Written for her film studies thesis at New York University, the semi-autobiographical tale follows the awkward exploits of Shirin (Akhavan) as she recovers from the break up with her first girlfriend. The characters she meets along the way include a patronising bra fitter offering self-esteem advice (“Just because your breasts are small, it doesn’t mean they’re not legitimate”) and a bohemian couple with whom she has a disastrous sexual encounter.

A doomed date with a gay rights lawyer and a conversation with her best friend Crystal (Halley Feiffer) are particular highlights. The cringe inducing date is a hands over eyes situation from start to finish and reminiscing about her recently failed relationship she declares to Crystal “I think we were an ‘it’ couple”, as her friend repeatedly responds to the contrary Shirin stubbornly interrupts her.

Appropriate Behaviour is a unique, funny and irreverent interpretation of the New York Rom-Com. Aside from a hilariously awkward character comedy, it is also an astutely observed critique of the ways in which we confine ourselves by a prescribed set of expectations or ‘appropriate behaviour’.