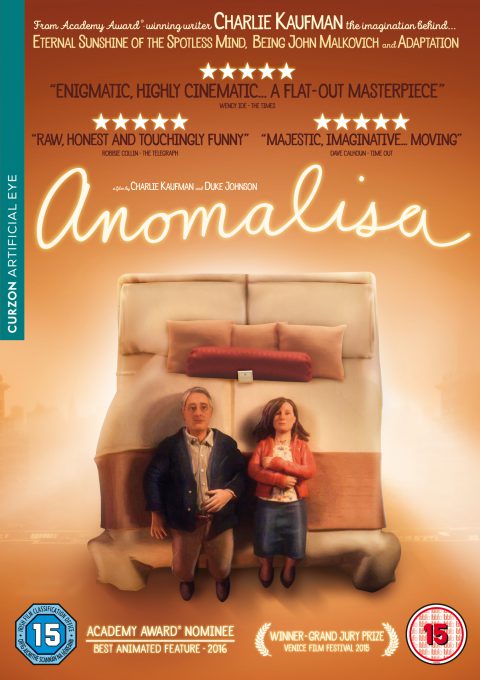 The principal characters in Charlie Kaufman’s previous films have traditionally been alienated outsider figures, struggling to connect with themselves and their environment. In Anomalisa, he introduces us to Michael Stone (David Thewlis), an author and inspirational speaker whose life is in crisis. “I think I might have psychological problems,” Michael explains. “It’s hard to explain. I’ve been running for a long time now. Things kind of shifted.”

Some disclosure at this point: Anomalisa is a stop-motion film. To represent the fug in which Michael now resides, all the characters he interacts with look and sound identical (voiced by Tom Noonan). Only Jennifer Jason Leigh’s Lisa stands out. “Jesus, someone else!” Michael exclaims when he first hears her, recognizing her as an anomaly – an “anomalisa”, jolting him from his doldrums. Kaufman’s superb film once again finds this idiosyncratic creator finding new ways to explore complex human conditions.