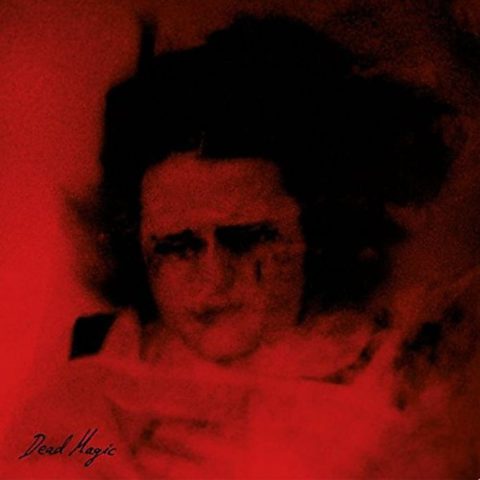 Marmorkirken, the Marble Church, is an austere, imposing building in Copenhagen; looking something like the central portion of St Paul’s, it boasts the largest dome in Scandinavia. Suitably grand, then, for Anna Von Hausswolff to record its organ for her new, fourth album.

Across her career so far, the Swedish singer and songwriter hasn’t been afraid of using the power of her voice, and the almost supernatural drones of pipe organs to make an impression. On Dead Magic, she’s topped the already ace The Miraculous (2015), teaming up with Texan producer Randall Dunn, whose resume includes Thurston Moore, Sunn O))) and Six Organs Of Admittance, for extra grit and atmosphere.

The Truth, The Glow, The Fall opens the album with 12 minutes of tension, moving from hushed organ chords, synths and fluttering strings to a hypnotic middle section with breakbeat-like drums, then finally a cathartic, apocalyptic coda, with Hausswolff screaming over distorted drones. The Mysterious Vanishing Of Electra, PJ Harvey gone spaghetti Western, is as accessible as the singer gets, its icy synth chords suggesting goth of the ’80s variety rather than the Nico type. “Who’s she to say goodbye?” wails Hausswolff.

The 16-minute Ugly And Vengeful is the grandest, and longest, statement here, with the song proper beginning after eight minutes of gathering storm and distorted organ – at times, it sounds like Dead Can Dance collaborating with Sunn O))). And yet, Dead Magic never lapses into parody or melodrama, and Hausswolff always keeps an eye on a tune, even in the middle of the maelstrom.

The album ends with two statelier pieces, typified by the sublime, This Mortal Coil shimmer of the closing Källans återuppståndelse, with the Swede’s organ and voice wreathed in orchestral guitar feedback. Fittingly, Dead Magic is as eerie and staggering as the Marble Church where much of it was recorded; a fine chapter in this artist’s compelling catalogue.